You are here: Home / Autism / The Benefits of Video Games for Kids with Autism 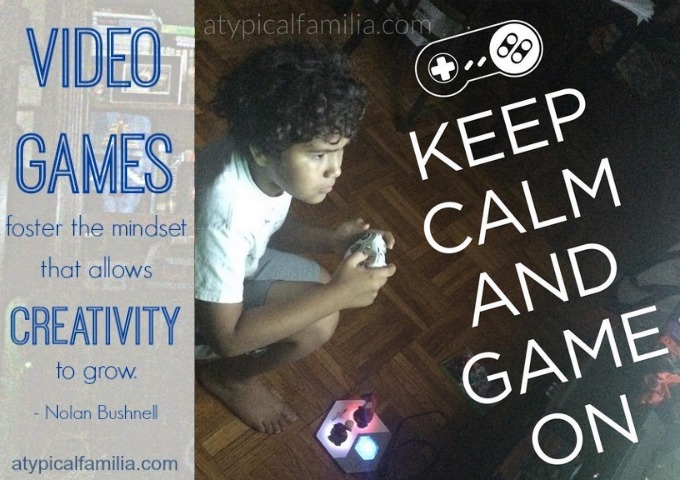 Once I read an article about video games being problematic for boys with autism. Micah Mazurek and Christopher Engelhardt (of the University of Missouri) conducted a study regarding boys with autism and video game playing, and the “results suggest that children with ASD and those with ADHD may be at particularly high risk for significant problems related to video game play.”

I do not agree. I think video games can be a major benefit for kids with autism. Ever since Norrin started to take an interest in video games, I have seen nothing but improvement and I want him to keep playing.

My husband, Joseph, is a big time video game player. (Like up all night playing Madden during Football season gamer.) Joseph’s like a big kid when it comes to playing video games. He will not eat sleep or think of anything else until he has conquered it. And his love of video games was something Joseph wanted to enjoy with our son, Norrin.

Norrin’s been intrigued with electronics and gaming since he was a toddler. And he’s always loved watching his dad play. As Norrin got older, video games became the way for them to connect. 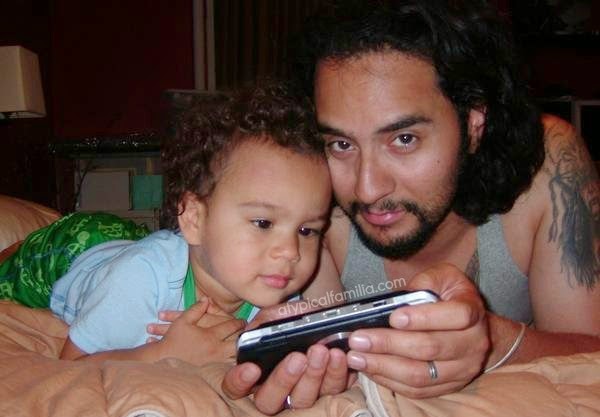 We have an Xbox (and the Kinect), an Xbox One, a Play Station and a Wii. And we have gadgets and games galore. We’ve been trying to get Norrin to play video games for years especially after he was diagnosed with autism. It was the reason why we bought the Wii – because Joseph read an article about how they helped kids with autism. (Come to think of it, that’s how we came to purchase our first iPad.)

And while the love of watching video games seemed natural, the ability to play hasn’t come easily for Norrin.

Initially, he didn’t have the coordination or the attention skills to play. It’s only in the last few years that he’s starting to get into it. It began with the iPad and Angry Birds. Eventually, he moved on to other games like Temple Run. And lately he’s taken an interest in playing the Wii and Xbox Kinect – especially Disney Infinity.

Video games have opened up a whole new world for Norrin. They have given him life skills that could have never been taught in a classroom or at a table. They motivate him and inspire him to do better. So as long as Norrin keeps learning, he can continue playing.

Concentration. Playing video games requires not only skill but concentration. You need to anticipate what’s coming next and plan your moves accordingly. Watching Norrin play a game like Temple Run is impressive. He really focuses on what he’s doing.

Hand/Eye Coordination. The first game Norrin learned to play was Angry Birds. When Norrin was first diagnosed with autism five years ago, he couldn’t even point his finger – it was something that needed to be taught. Years later, we had to show Norrin how to use his index finger in order to play a game like Angry Birds. He was clumsy at first, not knowing how to aim but now he plays really well (better than me)!

Related: LEGO and Kids with Autism: 5 Ways Playing with LEGO Helped My Son

Age-Appropriate Activity. Norrin is 9-years old and still watches Sesame Street, Super Why and Blues Clues. He also plays with toys that aren’t always age-appropriate. Video games allow him to be just like any other boy his own age. As he gets older, video games will help Norrin socialize appropriately with peers.

Confidence. Norrin likes winning and he likes when we make a big deal about him winning. When he wins at a video game, he looks to us for approval and praise. With each win, he gets a boost in confidence.

Communication. Norrin is quite verbal and able to express his needs and wants. However, much of his speech is still scripted language. When we play video games together, it gives us a chance to have a back and forth conversation. And Norrin uses spontaneous language to express his enjoyment while playing.

Imagination. When Norrin was first diagnosed, he had no imaginative play skills. We had to teach Norrin how to imagine, how to pretend play. The other day while playing Mario Kart, Norrin said, “I want to be Yoshi Dad!”

Do you play video games with your kids? If so, what improvements have you seen?