You are here: Home / Autism / How The DC Toys Collector (aka the Highest YouTube Earner) Has Helped My Kid With Autism 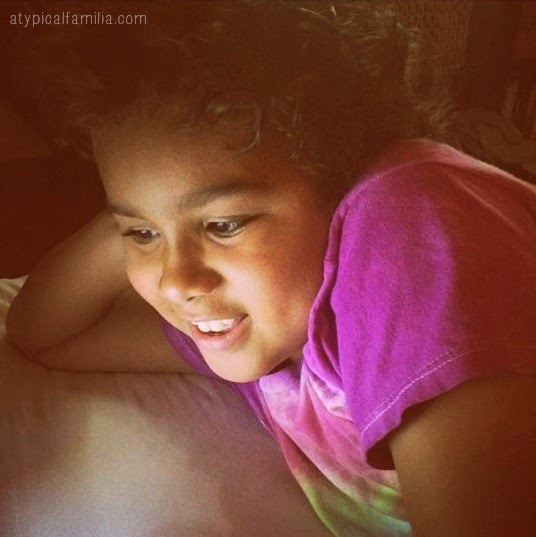 I have no idea how Norrin found the DC Toys Collector or even how he discovered YouTube on his iPad. All I know is that I spend many Saturday mornings (many mornings, afternoons and evenings) listening to the sound of her voice and the peeling of plastic and the crackle of cardboard. And I spend many evenings laying in bed with the glow of iPad as Norrin watches his favorite videos.
I watch Norrin watch her videos, in amazement. He’s so focused and happy – as if he were opening up the toys himself.
Then I’d think to myself…how in the heck does this person spend all this time making these videos and who are all these people watching them?
And then I read that the woman behind DC Toys Collector is the highest YouTube earner and made $4.9 million just to open toys (see below).

As a blogger (who has done a handful of vlogs) I want to feel some kind of way about this. Because isn’t that the blog dream? To strike it rich. But I really can’t. For so many reasons that are completely obvious when you see my YouTube channel.

I can never begrudge a person who has done so much to help my kid. I mean Norrin has learned something by watching her videos. Norrin has autism and has spent more than half of his life working with therapists. But this faceless woman (all you see are her hands in the video) has taught Norrin how to describe things – which is MAJOR for a kid with autism. He’s picked up new words and adopted some of her cadence.

What I love most is that he’s learned to imitate her behavior. Whenever he gets a new toy, he opens it up and starts to talk about the product with enthusiasm and knowledge. He pays attention to the details and really tries to read the descriptions on the box. We’ve even started to video some of his unboxing of toys. (Nope, not ready to upload those on YouTube just yet…but who knows? Maybe one day.) He talks to me and asks me questions about the toy. We have back and forth conversations.

So who cares that my kid is one of the 3,497,402 subscribers that has made DC Toys Collector a millionaire. What she has given me is worth so much more.