You are here: Home / Autism Parenting / How Playing With LEGO Helped My Son with Autism

“You need to be strong and stop buying Norrin so many Lego sets,” my mother scolded.

I had just walked in from work. My mom had the broom in one hand and the other was filled with tiny LEGO bricks. “If I’m not stepping on them, I’m sweeping them up.”

She’s right. I’ve stepped on enough tiny LEGO bricks at 3 am to know that we have a serious situation. But there’s a reason why we keep buying Norrin LEGO sets. And to my mother’s disapproval why we’ll never stop. 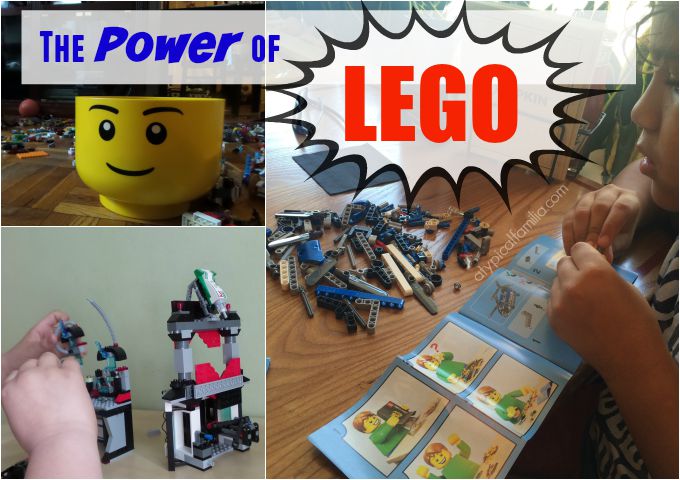 We make a trip to the LEGO store at least once a month. Sometimes more. We spend more money on LEGO than on any other toy. He’s already making Christmas requests.

Norrin knows to work for it too.

When he feels he’s done something LEGO worthy he asks, “Did I earn a big box or a little box?”

I remember when Norrin was first being evaluated for autism. The doctor gave Norrin two Duplo pieces and Norrin struggled to put them together. Not only did he not understand what he was supposed to do, he just didn’t have the strength or fine motor skills to connect the pieces.

After the autism diagnosis, Norrin worked with therapists to help him master the skills that came easily to other children. We bought a bin of Duplo bricks and day after day Norrin worked to stack 3 to 4 pieces.

Norrin has made so much progress since then. And I am always amazed by how quickly he builds a set.

At its simplest level LEGO play is highly likely to engage those with autism, with very little need for intervention, with the structured nature of the toy providing entertainment and reward in itself.  However, research has also shown that used in the right way it can also lead to development of both creative responses and aid development of communication. Carlo Pandian, ‘LEGO & Autism: Considerations From The Scientific Research’ Age of Autism

Similar to video games, LEGO has been a powerful tool in Norrin’s development. And I’m not talking about the improvement of his pincer grasp.

My son used to struggle with 2 Duplo bricks, these days he tackles LEGO sets with a 100+ pieces. #autism Click To Tweet

5 Ways Playing With LEGO Has Helped My Son

Communication. Norrin loves to watch YouTube. One of his favorite channels is EvanTubeHD. He watches Evan’s LEGO videos over and over again. Evan has influenced Norrin’s interest in certain sets and he’s even inspired how Norrin builds.

A lot of Norrin’s speech is scripted. However, he was learned to script appropriately. When Norrin starts a LEGO set, he imitates Evan’s language as if Norrin is the one creating a video. Norrin wants to talk about the LEGO – what he can do, the color, the specific features. And he wants to talk about it with me. Anytime Norrin engages in any kind of spontaneous exchange is a really good thing.

Concentration. In addition to the autism diagnosis, Norrin also has ADHD (yay!). Doing one homework page can take up to an hour. He needs constant redirection to stay on task. But give that kid a LEGO instruction booklet and he’ll carefully go through it page by page.

Commitment. Once the box is opened – that’s it. He doesn’t stop until the set is complete. One afternoon, he sat for 4 hours. I have never seen him focus on anything the way he focuses on a LEGO set.

Independence. At 9-years-old, Norrin still requires assistance with many self-help skills (like dressing, toileting, bathing) but when it comes to LEGO – he doesn’t need or want any help. He wants to figure it out on his own, even if it means going back a few steps to get it right. There have been times when I’ve offered help and he’s very clear, “I can do it by myself,” he says. And he does.

Self-Esteem. After he completes a LEGO set he runs to find us. He wants to show off what he’s done and he is always really proud. I like that he understands and appreciates the level of work he’s put into completing a LEGO set. He calls himself a “master builder.” I love seeing him express that kind of confidence and sense of accomplishment. And as an autism parent, that’s the kind of feeling I want to encourage.

Go ahead and see for yourself…

The Kid LOVES to build: https://instagram.com/explore/tags/thekidbuilds/ 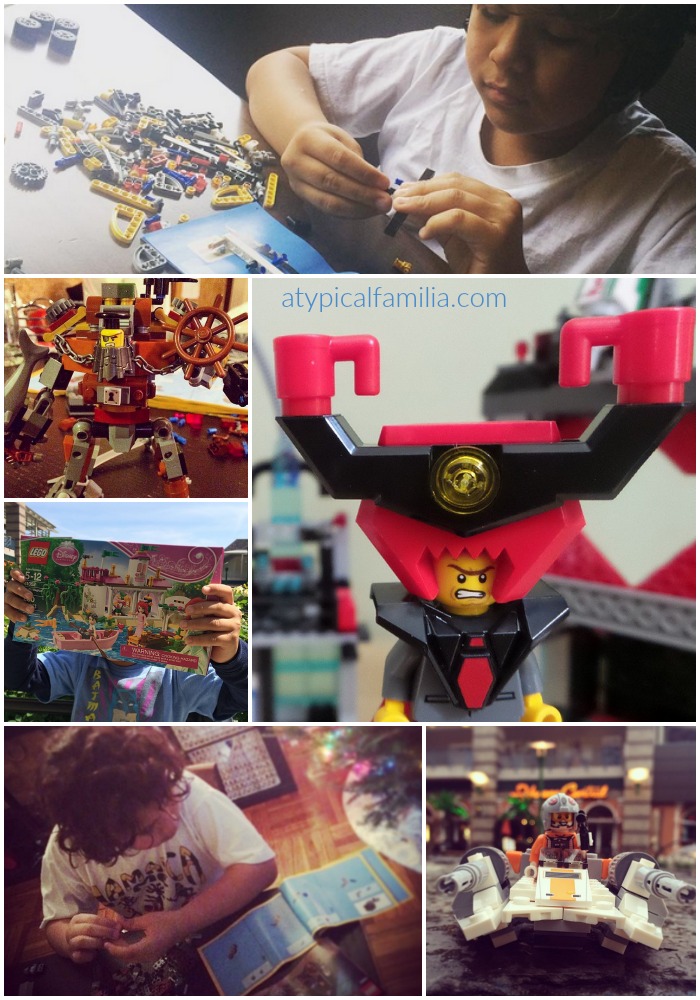 Do your kids play with LEGO?