You are here: Home / Uncategorized / There’s Still Time to See #IntoTheWoods
There are three things in this world that I absolutely love: Disney, fairy tales and musicals. And when my three loves join forces, I get starry eyed. I guess that’s why I love Into The Woods! 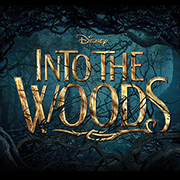 Back in November, I was invited to a screening of Into The Woods. I went solo after work (yeah, I don’t care about going by myself to the movies) and the theater was packed with long time, star struck, die hard fans. I had no idea what I was about to see. I remember when Into The Woods was playing on Broadway, I just never had the opportunity to see it. And I totally regret never seeing it live. But I am grateful I got to see it on the big screen. Because if you love Disney, fairy tales and movies – Into The Woods is a must.
I loved that I saw another side to my favorite fairy tale characters. I liked that the story line stayed true to the darkness of the Brothers Grimm’s tales but still had humor and whimsy.
I really wish I could say that I could pick a favorite character. But it’s hard to choose just one.
I mean, Meryl as the Witch is just amazing. Because…MERYL!
Emily Blunt as the Baker’s Wife is also wonderful. I’ve been a long time fan and she always plays a different character. I admire that about her and I was surprised by her voice. While I wasn’t familiar with the Baker or his wife’s tale but as far as character’s go, I think I identified with her most.
And then Anna Kendrick as Cinderella is perfect – she’s fierce and feminine. And I love the over all message that her character conveys, especially for young women.
But the voice that really blew me away was Lilla Crawford as Little Red Riding Hood. I especially love when she sings “I Know Things Now.”
I will be honest, Into The Woods was not at all what I expected. I don’t want to give it away if you’ve never seen it but I liked that there was a little plot twist. I laughed out loud and I cried. The entire movie just makes me want to sing. I may not be able to wait until the movie comes, I think I need the soundtrack.
If you haven’t seen Into The Woods yet, what are you waiting for? It’s still playing in theater.

“Into the Woods” is a modern twist on several beloved fairy tales, intertwining the plots of a few choice stories and exploring the consequences of the characters’ wishes and quests. This humorous and heartfelt musical follows the classic tales of Cinderella (Anna Kendrick), Little Red Riding Hood (Lilla Crawford), Jack and the Beanstalk (Daniel Huttlestone), and Rapunzel (MacKenzie Mauzy), all tied together by an original story involving a Baker and his Wife (James Corden and Emily Blunt), their wish to begin a family and their interaction with the Witch (Meryl Streep), who has put a curse on them.

And for more INTO THE WOODS —

Excited to see into the #IntoTheWoods Yay!! Checking in my phone? Not so excited about that.
A photo posted by Lisa Quinones-Fontanez (@laliquin) on Dec 4, 2014 at 3:30pm PST