You are here: Home / Coping with Loss / I Never Wanted To Be a Mother

I never wanted to be a mother.

At twenty-nine years old, I wasn’t the kind of woman anyone would call maternal. I didn’t coo over babies or rub pregnant women’s bellies hoping I’d be next. I wasn’t the friend anyone called to babysit their children – not even for a quick trip to the store. And I certainly wasn’t the one who volunteered to change a diaper. 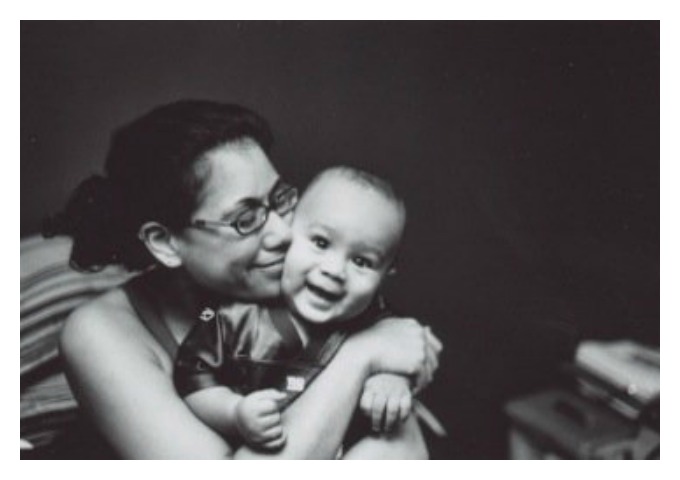 I liked after work cocktails, late night parties, and sleeping til noon. I liked getting up to go whenever I pleased, eating a hot meal when I was hungry and only cooking for special occasions. Because most nights, “cooking” dinner consisted of a ham sandwich and maybe some chips.

When my husband Joseph and I first moved in together, everyone asked when we would get married. When we got married, everyone asked when we would have a kid. “When are you going to have a baby?” I’d cringe and change the subject. I am certain at some point I was the topic of conversation around someone’s Thanksgiving table. “She probably can’t have kids.” I bet they whispered between bites of turkey and arroz con gandules. Because obviously, the inability to have children was the only reason why a woman wouldn’t have one.

I was juggling a full time job while taking college classes at night. I was reading and writing and had little time for anything else. I had the next few years of my life mapped out. And being a mother wasn’t part of my plan.

I think even my mother worried. I was at a family BBQ and my mother was holding someone’s newborn baby. “Here,” she said trying to thrust the baby into my arms, “practice holding a baby.” I shook my head and folded my arms tightly over my belly. “I am not practicing on anyone’s baby but my own.”

I was five months pregnant and still wanted nothing to do with babies.

The week I turned 30 years old, I found out I was having a boy. And it became real. I registered for baby things, began buying clothes and toys.

Shopping for baby was easy and fun. It was everything else that still worried me.

The first time I held Norrin in my arms, every fear faded away. Nothing else mattered. My life now revolved around another human being. I was okay with it. It was comforting.

By the time I was pregnant again, I had settled into my role as a mother. I was still balancing a full-time job and taking college courses at night. I was still reading and writing. And while my life plan had been altered, I still had a plan. This one included children.

In my 16th week OB-GYN visit, I was told the baby had died. A “missed miscarriage,” they called it.

Related: You Would Have Been

The weeks that followed were the darkest and loneliest of my life.It was Norrin who helped me through my depression.

All I wanted to do was stay in bed and cry. But he was only four years old, he needed me. And I needed him.

My loss made me realize how much motherhood meant to me.

The thing I never wanted to be, became one of the things that defined me.

Being a mother changed my life in every possible way. And it has been a blessing. Motherhood has brought me a joy I never knew could be possible.

Ten years ago, I had no desire to be a mother. Now I couldn’t imagine my life without being one.