You are here: Home / Familia Fun / I Want Star Wars: The Force Awakens To Be My Son’s First Live Action Film

If you know anything about our little familia – you know we are huge Star Wars fans. I mean, Norrin’s middle name is Luke. And like all Star Wars fan, Joseph and I are eagerly anticipating Star Wars: The Force Awakens. 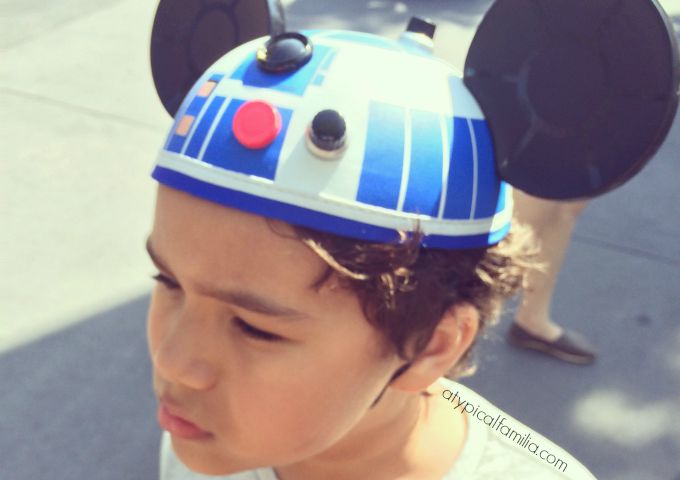 Ever since Norrin was born, we’ve been trying to share our love of Star Wars with him. Norrin knows the characters (his favorite is R2D2), he loves the opening scene of A New Hope and recognizes the score when he hears it. (Yeah, we’ve done one.)

As our excitement for The Force Awakens increases, I’m thinking about our opening day plans. This isn’t a movie I want to see weeks after the hype. I need to see it the day of – Friday, December 18th, our calendar is marked!

However, having a kid with autism, going to the movies as a family has been a challenge. It’s only in the last few years that Norrin can sit through a movie. Each time we go, he does better. But we’ve always done animated movies never a live action.

I want The Force Awakens to be the first live action film Norrin sees on the big screen. I know it’s taking a risk. But it’s one I’m willing to take.

1. It’s His Namesake. Norrin was named after Marvel’s Silver Surfer and Luke Skywalker. These weren’t names chosen lightly. They mean something to us. Luke Skywalker is the quintessential movie hero. Luke’s journey is a powerful one – it’s inspiring and hopeful.

Check out: The Inspiration For My Son’s Name

2. The Nostalgia. I must have been 7 or 8 years old the first time I saw Star Wars. I remember waiting on line with my parents and brother. That in itself was a big deal. We rarely went to the movies as a family – it was usually with just my mom or just my dad. And the moment I saw the words scroll across the screen, I just knew it was special. It was unlike anything I had ever seen before and I walked out of the theater wanting more.

For Joseph, it’s the same. Star Wars was a part of our childhood. It takes us back to the time in our life when we could still be amazed. We were 70s kids. The technology used to create Star Wars was years before iPads, internet or smartphones.

Star Wars was a part of our childhood. It takes us back to the time in our life when we could still be amazed. Click To Tweet

3. The Experience. Seeing Star Wars for the first time was a major experience for me as a kid. I mean, I’m still talking about it. I named my kid after the hero. Most “typical” kids Norrin’s age are looking forward to seeing it. They’re talking about it. Norrin isn’t there – not even close. But if he were a typical kid, there’s no doubt that we’d be there opening day to see Star Wars.

Autism or not, I want to give Norrin that experience of seeing it in the movie theater. I want Star Wars to be a moment he remembers.

4. Our Connection or Fun Fact. One afternoon, shortly after I met Joseph, we were IMing on AOL. It kind of went like this:

Me: What are you doing?

Him: Searching on eBay for a Boba Fett helmet.

Me: Boba Fett as in Star Wars?

Him: You know who Boba Fett is?

Me: Um, yeah. (I was a little insulted that he even asked me.)

I didn’t know it at the time, but I had just scored major points with Joseph. I was a girl who liked Star Wars and I knew about Boba Fett. I like to believe it was Joseph’s “she’s the one” moment.

A few months later during the first New York snow storm, we spent the day in my apartment and had a Star Wars marathon. And it’s become kind of a tradition. Every year, on the first snowy day of winter, we snuggle on the sofa and watch Star Wars.

Some couples have a song. Other couples have Star Wars. Star Wars is our thing. It was the thread that tied our differences together. And as a family it’s the thing that brings us closer. 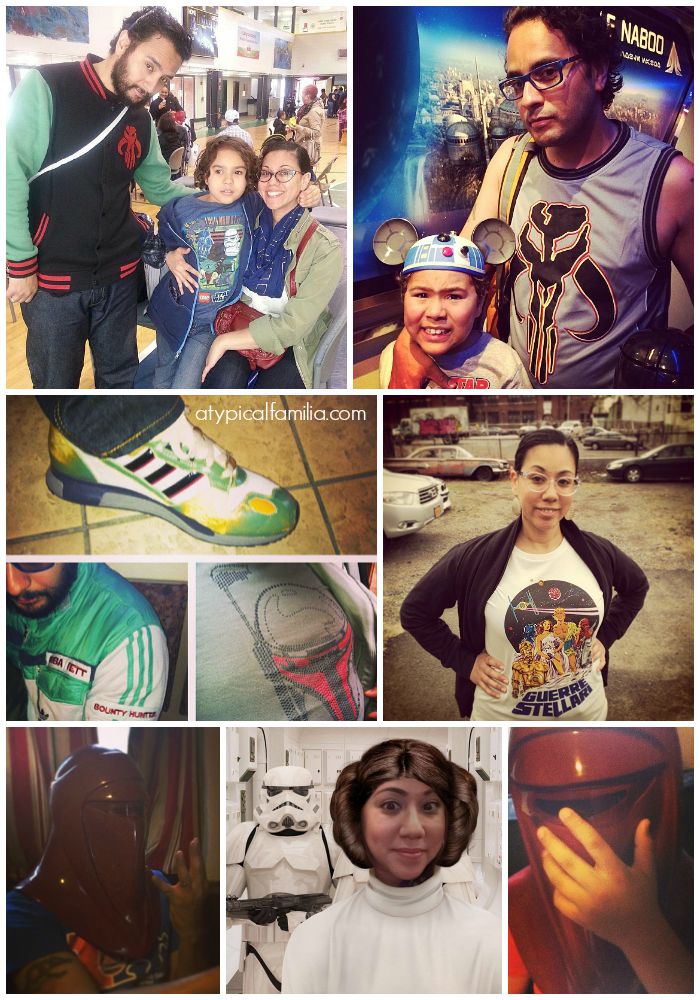 So cool I just had to share Star Wars: The Force Awakens Immersive 360 Experience…check it out.

Will you take the kids to see The Force Awakens in theaters? Why or why not.