You are here: Home / End the R-Word / The R-Word Has No Place in Literature 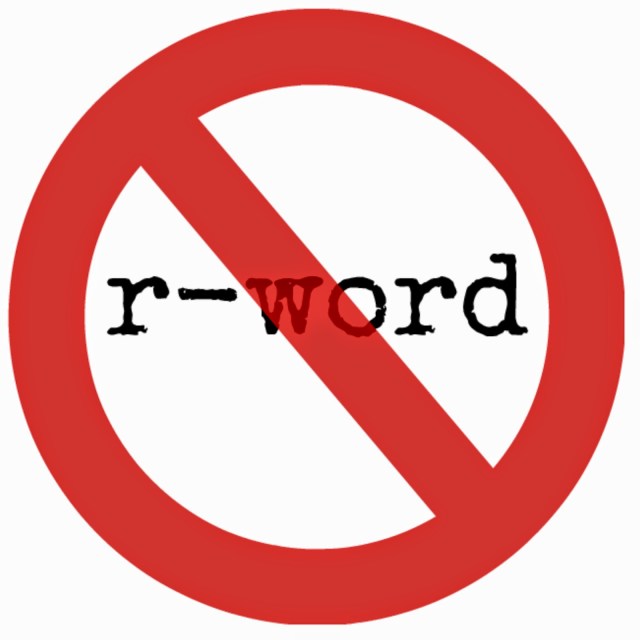 “I’ve never heard of an aphrodisiac giving anyone flashbacks, especially a decade later. In fact, that’s the most retarded thing I’ve ever heard...

As soon as I read the r-word on the page, I froze. All the other words blurred and all I could see was ‘retarded.’ I tried to keep reading but I couldn’t. I closed the book, put it back in my bag and closed my eyes for the rest of the train ride home. Only 49 pages into a 371 page book and it was suddenly tainted.

And honestly it pissed me off because I was really getting into the story. Why did the author have to use that word? Out of all the other words in the English language, the author made a conscious decision to use “retarded.”

Not stupid, dumb, lame, ridiculous, silly, crazy, absurd, senseless or illogical (I could easily go on) but “retarded.”

It’s disappointing because the author is Latina. And I want to support Latino authors, recommend them and write about them. But I don’t feel good supporting someone who makes the decision to use the r-word in their writing.

Junot Diaz and Alisa Valdes-Rodriguez are two other authors who have used the r-word in their writing. Reading them 10-15 years ago, I didn’t think anything of it. I didn’t even remember it was used until I reread them earlier this year.

[This isn’t a Latino author thing, other writers have used the r-word too and it stirred the same reaction in another blogger.]

Now I love me some Junot Diaz, I’ve heard him speak and I’ve gone to his book signings. But I feel differently about him now. I don’t know if I’ll ever wait on a line to hear him speak again. And while I’ve never met Alisa Valdes-Rodriguez (at a signing or conference), I’d be hesitant to purchase another of her books. But I’m willing to give them both the benefit of the doubt – their work was printed years ago. When use of the r-word was considered slang.

This 2014. And the r-word hasn’t been considered slang for years.

The book that I am reading now, the book that I had to put down was published in 2010. I feel like there’s no excuse for the author’s use of the r-word. 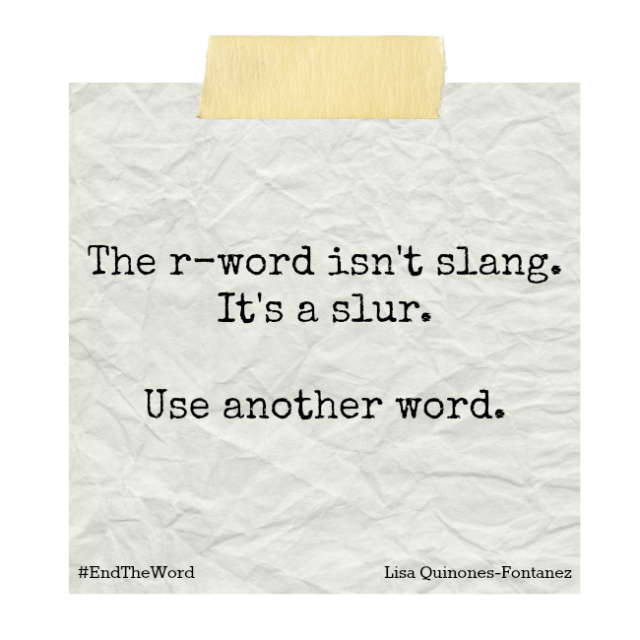 I’ve called out comedians (D.L. Hughley), commentators (Ann Coulter) and rappers (Drake & J.Cole) for using the r-word. Just the other day, I yelled at my boss (who is an attorney) for using the r-word (I am still too angry to write about that). If I can put them on blast, I should be able to do the same with authors. I would be a hypocrite to overlook a writer’s use of the r-word because they are Latino.

Writers have a command of the language. They’re people who study prose and poetry. People who create beautiful imagery and resonate emotion through their words. I expect a little bit more. I expect writers to have enough vocabulary so that they can choose a word other than “retard” to get their point across.

It’s not about being oversensitive or playing word police. It’s about dignity and respect. When people use the r-word (as an insult to a person, place or thing) it perpetuates this idea that individuals with special needs are dumb, worthless and ugly. It is not an acceptable word to use. Ever.

In the Latino community autism and other special needs are misunderstood and stigmatized. Many parents are afraid to come forth with their children’s diagnosis out of shame or fear. They fear the label that comes with special needs. What they fear is someone thinking their child is dumb, weird or less than. They fear the “r-word” and all the cruel implications that come with it.

When I think of how hard Norrin has worked to do all the things that come so easily for other kids like point his finger, wave, jump or speak – I am so amazed by his resilience. I never take any of those moments for granted. I am so proud of him and I cherish every single milestone. Norrin is a bright, funny, sweet and wonderful kid.

When people use the r-word it diminishes all my son has achieved. When the r-word is  used as an insult, it robs individuals with special needs of their dignity and pride.

And when people use the r-word around me (or when I read it) I think a little less of the person who used it.

The ability to write is a gift. And words are powerful tools. When writers (comedians, singers/rappers) use the r-word in their work that is distributed to the masses, you are saying: it’s okay to dismiss and discredit this community.

I am here to say that IT IS NOT OKAY.

As a writer, I get the craft. I wouldn’t want anyone to censor my words. All I am asking is that writers use their words responsibly. To think about who they hurt with their words.

It doesn’t matter if you were to say, “Oh I didn’t mean your child.” That still doesn’t make it okay. When folks use the r-word, they don’t have to specifically name my child because they mean someone like him. You are hurting an 8 year-old Puerto Rican kid from The Bronx who struggles so hard to fit society’s mold of what is typical and every other kid like him. 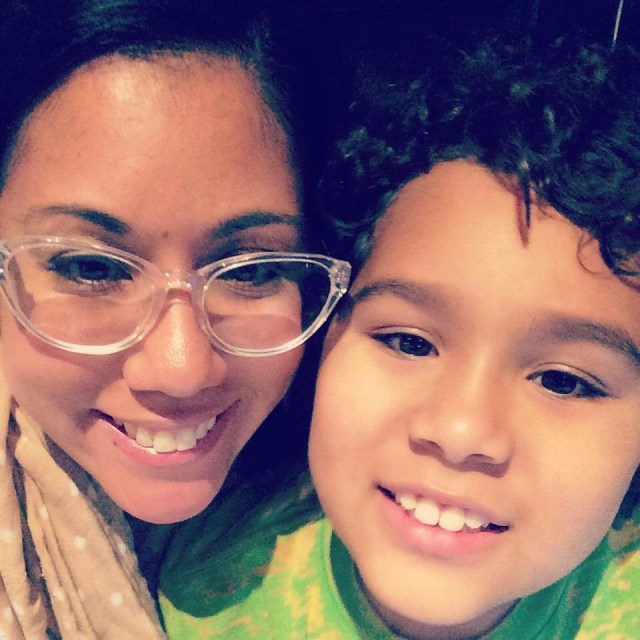 I will (most likely) finish this book that I started (because I paid for it). I will be guarded, expecting the word to pop up again. And I will try to be optimistic, hoping the writer makes up for using the r-word. That’s not the way I want to read a book.

And it’s a shame because the first 48 pages are well-written. It’s a beautiful and compelling story. I wanted to be able to share this book and tell everyone to run out and buy it. I don’t know if I can do that. Right now, the r-word has overshadowed all of that.