You are here: Home / Autism / The Moment I Forgot My Son’s Autism 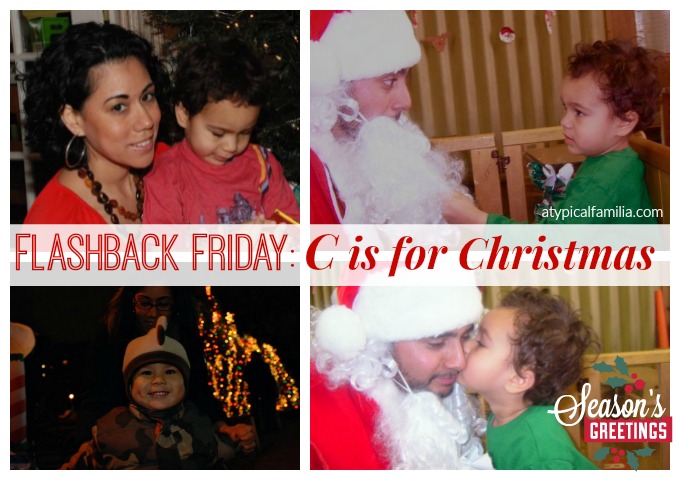 It happened in Target of all places, on a Sunday afternoon. Joseph wandered off while I pushed Norrin around in the cart; though at four-years-old, Norrin was well over the weight limit. It was easier to shop, if he was contained.

Through the corner of my eye, I saw a woman. Unlike my frantic sloppy ponytail and my smear of cherry chapstick, the woman had time to fix herself before facing the world. Her hair was neatly combed back in a ponytail; she wore bright coral lipstick, boot cut jeans and brown boots with kitten heels. Her nails were filed square and painted ivory. My nails were bare and bitten down.

I realized she was a mother. She had one manicured hand on the handle of the shopping cart. Her son lagged behind. Every so often, her son wandered off. When the mother called out his name, her son instantly reappeared. Her boy was probably a year older than mine.

I could never shop like that. High heels were impractical when out with Norrin. I never knew when I needed to run.

And there was no letting go of my son’s hand.

If I let go, he’d wander away; the warmth of my hand would go unnoticed. If I called out his name, he would ignore me, stuck in stim. If he ran off, Norrin would never tell a stranger his name. Not because he didn’t know it or couldn’t say it, the question just needed to be asked several times before Norrin provided a response; if he provided a response. And it was unlikely that Norrin would look a stranger in the eye. A stranger would give up. And Norrin lacked the cognitive ability to say that he needed me or missed me.  Norrin was a kidnapper’s dream. No, I could never let go.

Related: The Day My Son Was Diagnosed with Autism

I wondered what that mother’s life was like; I wondered about the dynamic of her relationship with her son. I was certain that she never had a team of therapists in and out of her house. When she asked her child a question, he looked her in the eye and answered back. And when she kissed that child goodnight, he would automatically say the three words every mother longs to hear, without any prompting and with genuine feeling.  When she let go of his hand, she knew he would return.

Her boy wanted to start writing his Christmas list. He wanted a new scooter and some video games. The mother smiled and she said something I didn’t hear. I stopped listening. It was hard to listen to their exchange and not feel envious.

We approached the baby section and Norrin attempted to stand, reaching out for the infant toys, his hands flapped with both excitement and frustration, bird-like sounds coming from his mouth.

Norrin had words, lots of words actually – hundreds, maybe thousands. But he used them sparingly and hardly spontaneously. Most of his speech was scripted, memorized from books or cartoons.

Norrin’s words were stilted, his high-pitched voice void of emotion. With each syllable his head bobbed like a marionette.

Norrin repeated the request in his natural voice. Though his tone was deeper, it still lacked affect. Words can be taught, emotional tone is much harder.

We moved slowly through the aisles. The store was crowed with holiday shoppers; the toy shelves were filled to capacity, not an item of out of stock. Women walked with circulars in their hands, looking for sales; searching for price check machines.

The glitter and sparkle of the Christmas decorations reminded me that I needed to buy a tree and pull the decorations from storage.

Related: Why Elf on the Shelf Is Our Holiday Tradition

“Oh my!  Look at all these decorations,” Norrin said in his high-pitched voice.

His words were crisp and clear. His facial expression was appropriate: happy and wide-eyed. He pointed. And I was surprised that he knew the word “decorations.”

I pushed the cart closer to the decorations. There were Christmas trees and wreaths, stockings and snowmen, candy canes and bright bulbs. I didn’t care if he flapped; he was excited.

“What are the decorations for?” I asked.

Norrin looked me right in the eye. “For Christmas! C is for Christmas.”

Norrin kicked his legs against the cart.  He smiled the smile that I loved; it belonged to a four-year-old boy who was neither typical nor atypical; with dimples in each cheek, his eyes squinted and his nose scrunched up.

I laughed. “That’s right!  Who comes on Christmas?”

“And what does Santa Claus bring?”

I praised Norrin again and again. Gave him a hug and kissed his cheeks. I must have looked like an idiot, making such a big deal over such a little thing.

It was the first real conversation we ever had. In that moment I forgot Norrin had autism.

I forgot about the mother in her kitten heels and her son with his Christmas list and my seconds of envy.

I forgot that a doctor once said, Norrin might never speak.

I forgot about all the hours of speech therapy that were needed to get to that simple conversation.

I was just a mother and he was just a little boy, excited about Christmas for the very first time. And maybe letting go of his hand was not so far away.

This essay was written November 2010 and originally published on AutismWonderland in 2011.