You are here: Home / Halloween / Reflecting On Halloweens Past & Boo At The Zoo
Disclosure:  I am a member of the Wildlife Conservation Society’s Zoo Crew. This post is part of a sponsored campaign. I received membership for my participation, but my review and opinions are my own. 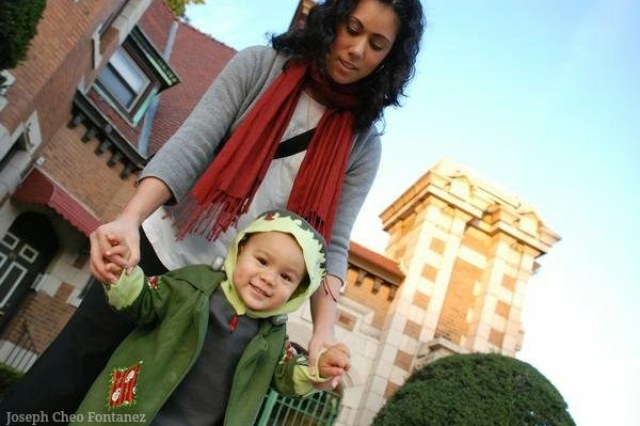 Norrin dressed up as Little Frankenstein is probably one of my favorite costumes. I will never forget that Halloween. He hadn’t been diagnosed with autism yet but I already had some suspicions that something might be wrong. Norrin was about 21 months old and had no language, he couldn’t point his finger, wave or clap. But man, oh man, was he fast! I remember running around after him that afternoon and not understanding why he was so unlike the other kids his age. Looking back now, it all makes sense.

As a kid I loved Halloween. Getting dressed up and meeting up with friends to go Trick or Treating up and down the stores on 82nd Street. It was different with Norrin. As a new autism mom, Halloween became stressful. Norrin didn’t have friends to go Trick or Treating with. Parties were practically impossible. He didn’t like crowds and was often scared, so there were things that were limited for us. If Halloween fell on a weekday, it was tough because we’re working parents. But if Halloween was on the weekend, we tried to do other things with Norrin – things that were still festive without exposing the loneliness of our life.

Related: Halloween is my Least Favorite Holiday (on Latinamom.me) 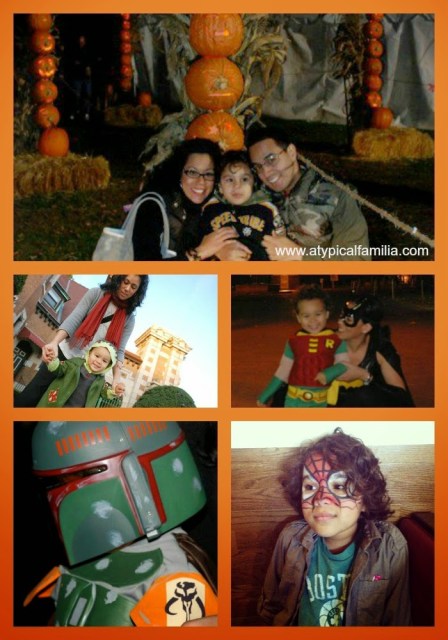 Norrin is 8 years old and he’s come such a long since those first few Halloweens after his diagnosis. And I’ve learned how to make Halloween fun for him. He looks forward to getting dressed up. He can say Trick or Treat – he understands the concept and wants to participate. He has a few friends that he can go out with, if we choose to go out. Halloween has become fun again.

This year Halloween falls on a Friday and we are so excited! And he’s spent the last few weeks deciding on his costume. I think he’s settled on being a Ninja Turtle. And I already know where I want to spend our Halloween.

There is no other venue in the tri-state area that offers as much Halloween fun as the Bronx Zoo’s Boo at the Zoo. Festivities run for FIVE weekends beginning Saturday, October 4th in addition to Columbus Day and Halloween. Activities range from a magical illuminated pumpkin walk to costume parades with stilt walkers and giant puppets to musical theater, Broadway show performances, magic, crafts, treat stations and more! Families can also check out our animal exhibits of bats, owls and other winged icons of Halloween. Guests can also embark on a trip back in time with a ride through the Dinosaur Safari before it goes extinct!

Boo at the Zoo offers families a safe, fun-filled way to celebrate the beloved Halloween holiday.

I think it’s a great option for all families. And since Boo at the Zoo offers a variety of activities, it’s a great opportunity to introduce Halloween to kids with autism.

I know Norrin will especially love the Jack O’Lantern Illumination. And I’m certain he’ll enjoy the Costume Parade. What will your kids like to see at Boo at the Zoo? Who will they dress up as? 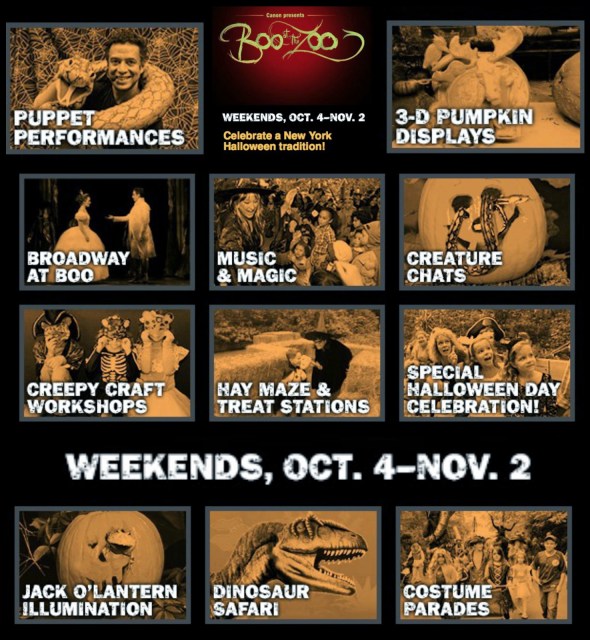 Visit www.bronxzoo.com/boo for specific details and times for all of the wonderful Boo at the Zooactivities.

Disclosure:  I am a member of the Wildlife Conservation Society’s Zoo Crew. This post is part of a sponsored campaign. I received membership for my participation, but my review and opinions are my own.