You are here: Home / Binge Worthy / My Favorite Netflix Binge Watches of 2017

Disclosure: I am a part of the Netflix Stream Team, however all opinions are my own and have not been influenced in any way. 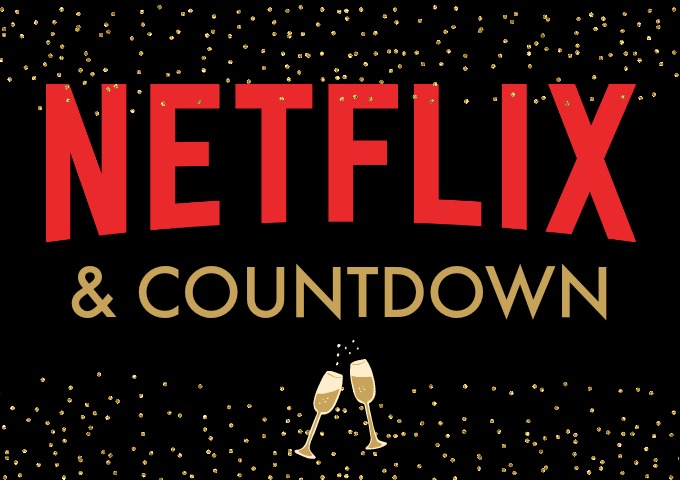 Life has kept me pretty busy and I haven’t had a chance to binge as much as I’d like. But I’ve been catching up this week and I’m looking forward to a quiet New Year’s Eve at home with champagne and Netflix.

Obviously, I already got my fix of Holiday movies like A Christmas Prince, Christmas Inheritance and A Holiday Engagement.

But before I do all of that, I’m ready to commit to a full Netflix season or two.

Here’s my list of 2017 binges I’ve loved, will rewatch and hope to catch up on before I say adiós to 2017. And if you missed anything on my list – you better get your life right and start binging.

My Favorite Netflix Binge Watches of 2017

Atypical. Are you really surprised? I can’t even tell you how many times I’ve watched Atypical this year. I laughed, I cried – watching it and rewatching it – I went through all the emotions. Having a son with autism, so much of it hit close too home for me. I’m so excited about Season 2.

Related: Netflix Gets It Right with Atypical

Anne with an “E”. I  remember reading Anne of Green Gables as a girl but didn’t quite remember the story. I watched the series in less than a weekend and sobbed the entire time. Yes, I cried because some of it is just heartbreaking but I also ugly cried during the happy moments. It is beautiful to watch, laugh out loud funny, gut-wrenching and sheer joy. One of my favorite scenes is when Anne gets her period for the first time.

Ozark. I forgot how I started watching this. And at first, I wasn’t that into it. Quite honestly, I couldn’t see Jason Bateman and Laura Linney together as a couple. By the end of the 2nd episode I WAS HOOKED.

One Day at a Time. As a life long Rita Morena fan, I knew she would be gold. But honestly, I didn’t expect to love it as much as I did. I grew up watching the original One Day at a Time. (The reruns, I’m not that old.) I’m so happy I gave this a chance. I watched the entire series on a Saturday afternoon. By the time I got to the last episode, I was a hot mess. As a Latina, it was so empowering to see such strong female characters in one show. Season 2 streams January 26 and I am so ready!

American Vandal. I’m going to share something embarrassing right now. This came up in my recommended watch list because I watch a lot of documentaries. So when I pressed play, I thought it was a real documentary. I was all like, “how could this happen?” “how dumb can these people be?” By the 5th episode, I decided to Google. That’s when I realized American Vandal was a mockumentary. Go ahead, laugh all you want – I sure did. Once I knew it was a comedy, I was able to enjoy it a whole lot more.

13 Reasons Why. This one caused quite the controversy when released and even sparked a few FB arguments on my page. At the end of the day, I watched it and enjoyed it as a series. As someone who has struggled with depression, I understand the sensitive topics – teen suicide, bullying, sexual assault – of 13 Reasons, but I am also old enough to know the difference between reality and fiction. If you should watch this with your teen, use it as a teaching moment and watch Beyond the Reasons with them.

Related: 13 Thoughts I Had While Watching 13 Reasons Why

Time: The Kalief Browder Story. This docuseries is tough to watch but very necessary. Living in The Bronx, it was heartbreaking to watch Kalief’s story and how unjust the justice system is when you’re poor and a minority.

I know what you’re thinking…what about the kids? What should they binge watch until the ball drops?

The struggle to keep the kids excitement under control until the ball drops is all too real. With nine on-demand New Year’s countdowns you can make the special moment happen anytime the kids want to celebrate. Fan favorites like Trollhunters, Skylanders Academy, Larva, True and Rainbow Kingdom and more are available starting December 26 on Netflix.com/Kids.