You are here: Home / #FamiliaTravels / 5 Things I Learned on our Mother Son Vacation to Universal Orlando Resort

Disclaimer: We were invited on an all expenses paid press trip to Universal Orlando. However, all opinions are our own and have not been influenced in any way. Universal Studios Orlando has been on our bucket list for a while. So when invited on press trip, I jumped at the opportunity. Honestly, the trip came at a perfect time for me and Norrin. We needed a mother son vacation.

However, plane travel with Norrin has been hit and miss the last few years. Remember our Jet Blue meltdown?

But when I told him we were going to Universal Studios – the kid was psyched. He’s been watching the Despicable Me Minion Mayhem ride video on YouTube and it’s all he talked about.

Still, I was hesitant.

These are the things autism parents have to think about. It’s the things we worry about that usually hold us back from trying new experiences. At least it can be for me.

But I’m happy I took a chance because our trip to Universal Orlando was not only an amazing experience it was filled with a few life lessons.

It’s OK to ask for accommodations.

I don’t like to play the “my child has autism” card. But traveling solo I found myself asking for help and without any kind of guilt. When we arrived at the airport, one of the TA guards spotted me with Norrin – trying to manage our luggage (because I try to do carryon whenever possible) and navigate Norrin through the crowds. She waved me over and told me to go to the shorter line, “because you have the baby.” After that, I refused to be the hero. I asked to board the plane early so that we could get to our seats at our leisure. And when I saw opportunities at the Parks or at the Lowes Sapphire Falls Resort to ask for and/or accept accommodations, I took them gladly.

I don’t need to apologize.

I apologize a lot. It’s just something I do in general – not only for Norrin. It’s the people pleaser in me. I’m working on it. Norrin can be loud and fidgety and not always aware of his surroundings. There are moments when we’re out in public, I’m very aware of his behaviors and I try to redirect them. While at Universal, the group kept assuring me that he was fine and insisted that I relax and just let him be himself.

I loved that we were able to take a boat from the Sapphire Falls Resort to CityWalk, Universal Studios and Islands of Adventure but the walk is stunning and serene. It was so nice to have that time with Norrin. We strolled at our leisure, stopped to admire our surroundings and I felt comfortable enough to let go of his hand so that he could walk on his own. These are the little things that matter most in our world. 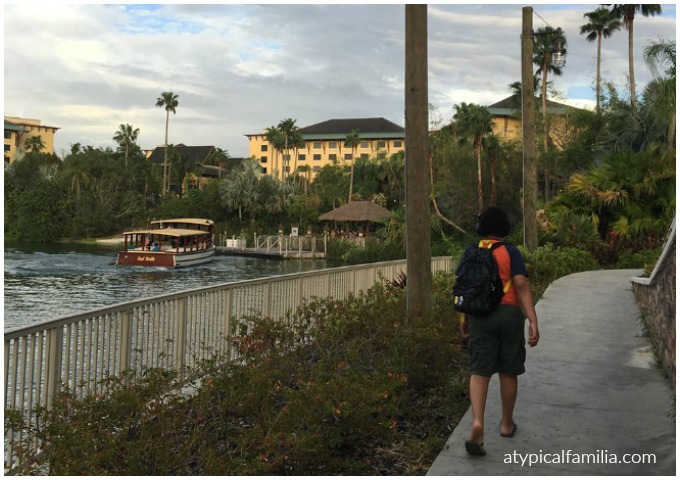 Norrin also loved hanging out in the pool. The moment he spotted the slide, it was all he wanted to do. I felt confident enough to lounge poolside, while he splashed around and went on the water slide (about a million times). Okay…maybe I didn’t lounge, I sat at the edge of the pool and watched him do this thing.

My kid can handle more than I think.

I worry a lot. It’s just another one of those things I just do. Norrin doesn’t do many rides. I went knowing that he wouldn’t want to do everything. But he did a lot and I was so proud of how he handled himself. He loved the Despicable Me Minion Mayhem (we rode it like 5 times) and The Simpsons Ride – those are characters he loves and is familiar with. But he was open to going on other rides like Skull Island: Reign of Kong, The Amazing Adventures of Spider-Man and Race Through New York Starring Jimmy Fallon. The Jimmy Fallon was my personal favorite. Because Jimmy Fallon. And when there was something he said he didn’t want to do, I asked if he was sure. If he was, I listened.

I can handle more than I think.

I was scared to take Norrin for a 4 day trip to Florida solo. I doubted myself because I’m so used to having help – be it Joseph, or my parents or a friend. Was it easy? No. Of course there were a few bumps in the road. But I handled it. I allowed myself the chance to do what I could and accepted the things I couldn’t. Like Universal’s Volcano Bay water park. We didn’t stay long just because I knew I needed another set of hands and eyes to handle those water rides. But when I said we had to leave to go back to Universal Studios and the pool at the hotel – he was cool.

Two years ago, I never would have thought I could take him on a plane by myself. But he did so well. He wasn’t scared or anxious. He waited patiently. He said “Hi. I’m Norrin.” to the guy sitting at the window seat. Knowing that he’s more comfortable traveling and feeling good about traveling with him solo, opens up a whole new world for us.

We had so much fun together – just me and him. Since we’ve been back, all Norrin talks about is returning to Universal Orlando. And I’m ready to plan a vacation. We did a lot in three days but there’s still so much we didn’t get to see and do. This is just the start of our mother son vacation adventures. 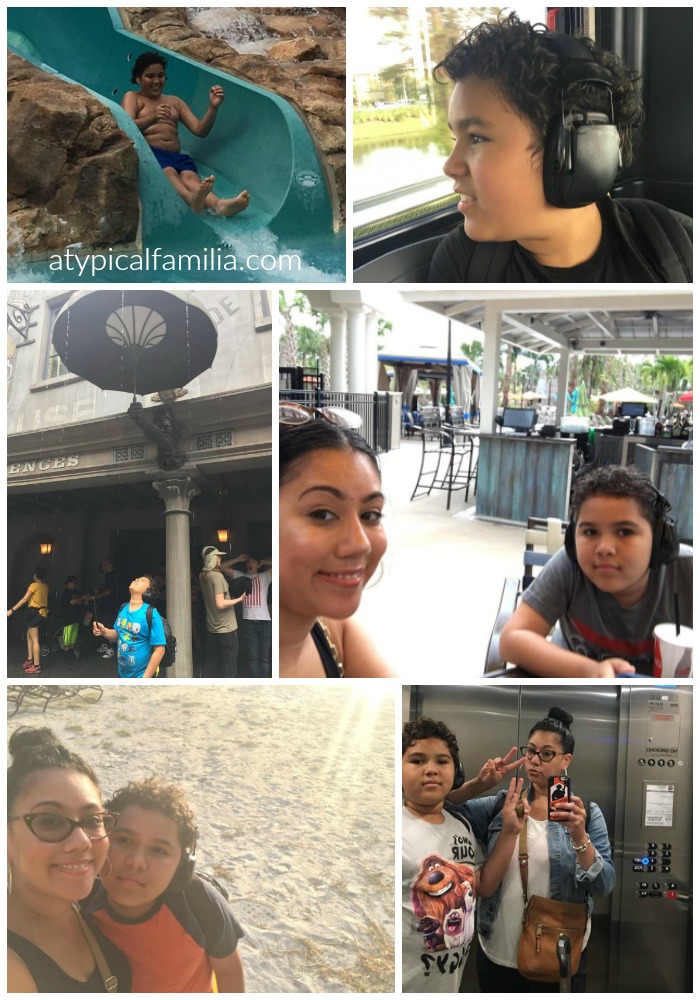