You are here: Home / Uncategorized / Love Story Got It Wrong 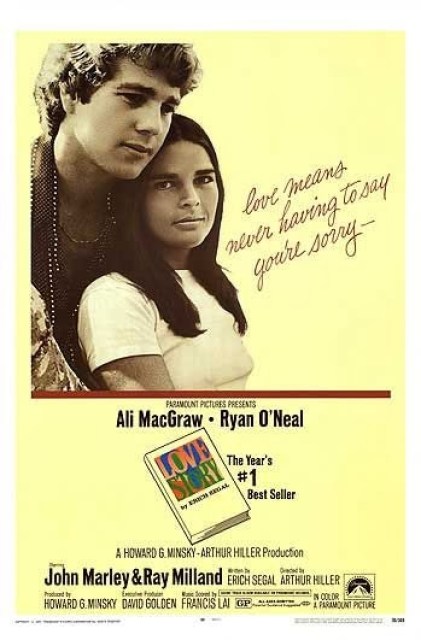 Even if you’ve never seen the Love Story of Oliver Barrett IV and Jennifer Cavalieri at some point you’ve heard the famous line: Love means never having to say you’re sorry. The first time I saw Love Story I swooned and sobbed over that line. I believed in it. That was before I was in real love myself.

I understand the sentiment. When you love someone, you love unconditionally, beyond all their faults and forgive before an apology. Joseph and I have been married for more than 1o years. We laugh. We love. And we fight. And after each fight, we apologize to each other. (For the record, I’m usually the one who does the most apologizing since I’m the hothead in the relationship.) While we love each other unconditionally and I know we’d forgive with or without an apology – we still say “I’m sorry.” I want the apology and because I love and respect Joseph, I feel like he is worthy of one.

To say, “I’m sorry” is to acknowledge your mistake, to make amends and a kind of unspoken promise to not make the same mistake again. When I say, “I’m sorry” I’m asking for forgiveness rather than taking it for granted.

Growing up I never heard anyone apologize. My parents argued all the time – not once did I ever hear them say I’m sorry to each other. Maybe they said it privately, though I doubt it. And in my teen years, my mother and I argued constantly. I was always the one made to apologize. My mother never did – she’s stubborn like that.. Even when she said things that hurt me. Because I love my mother and because I’ve learned to understand her, I have forgiven her but an apology would have been nice.

There are times when I lose my temper with my 8 year-old son, Norrin. Times when I yell unnecessarily and upset him. His tears are my reality check. I stop everything and I make sure I apologize to him. Norrin is just a kid, kids forgive so easily but I never want to take it for granted.

There are people who never apologize. Not even when they’re wrong. Not even if it’s the olive branch to make amends. People with too much pride to admit they’ve made a mistake and would rather be alone than to reach out.

For me, love means letting go of your pride long enough to say you’re sorry.

How do you feel about apologies?