You are here: Home / Autism Parenting / Breaking Up With My Best Friend 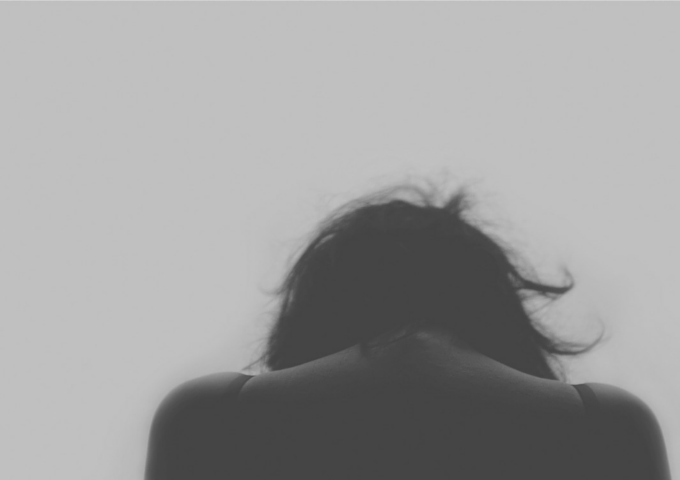 The week Norrin was diagnosed with autism, Joseph and I had a baby shower to attend.  Not just any one’s baby shower. My best friend’s baby shower. Had it been anyone else I would have canceled.

So that Sunday, as I watched my best friend and her husband open up their baby shower gifts, I smiled and clapped and oohed and aahed along with everyone else.

Was I happy for her?  Of course I was.  Was I in pain?  Absolutely.

It reminded me of my own baby shower. How happy and hopeful I was.

The day the doctor said, “Your son has autism and global developmental delay,” everything just crumbled.

Instead of hope there was doubt and fear. I had so many questions. And there wasn’t a single person in my circle of friends or family who understood all the things I was feeling.

The months prior to Norrin’s diagnosis, I was juggling full-time work, full-time school, applying to graduate school and having my son evaluated for autism.

The day my best friend gave birth, Norrin had just started ABA home therapy. 15 hours, 5 days a week from 4 – 7 pm. Some days the therapist didn’t leave until after 8 pm. In those first few weeks, I would sit in the room to observe, ask questions and sometimes walk out of the room when Norrin’s crying got to be too much for me to take.

The therapist suggested we repaint his room to a more soothing color.  Joseph and I had planned to paint that very weekend.  It just so happened, my best friend went into labor the day just as we were about to crack open that first can of paint.

I wasn’t going to go the hospital.  I wanted to paint.

Back then I think I believed, if I painted the room the right color, if I did everything the doctors and therapists told me to do, The Boy could be “fixed.”

It was my mother who said the painting could wait.  And so, I went to the hospital.

I spent the remainder of that summer, living and breathing ABA, OT, PT & Speech.  I spent my free time reading autism books and doing research.  I didn’t call anyone and I didn’t go anywhere other than work. Facebook was the only social interaction I had.

And then I received a 3-page letter (via email) from my best friend.

In the letter, she told me what a horrible friend I had been. How unsupportive I was during the months of her pregnancy and after she gave birth. How I never called or made time for her. How I didn’t love her baby the way she loved mine. She wrote how she did so much for me during my pregnancy. How she rushed to the hospital the night I was induced. How she worked so hard to plan my baby shower. And how I failed to help make her shower favors. How I failed to show up until the day after she gave birth.

In the letter she wrote, “Norrin isn’t going to die from autism and neither are you.“

A few emails went back and forth until I finally called her. We yelled. We cried. We made up. But our bond had been broken. Too much had been said. And even though I forgave. I could not forget. I found myself walking on eggshells whenever we spoke. Our conversations were careful, cordial – neither one of us wanting to upset the other.

For months I carried that letter with me.  And even after I threw it away.  I saved it in my yahoo inbox.

Then after another petty disagreement, we just stopped speaking. The following Christmas came and went – no cards were exchanged. Not even a Merry Christmas text.

And after another year or so, I deleted her, her sister and family from Facebook. There was no point in sharing the moments of our lives.

Not having her in my life hasn’t been easy.  My mother asks for her.  My Madrina (godmother) asks for her. Since we went to high school together, we have nearly 100 mutual friends on Facebook. (Some even ask if I hear from her.) We like the same photos, comment on the same updates. But aside from all that, I still think about her. There are days when I want to pick up the phone and call her. Then I remember that letter.

And I put the phone down.

And I wonder if her son and mine could have been better friends to each other than the way we were.

« I Am Not His Friend
Family Fun at The Children’s Zoo: June 2015 Activities at The Bronx Zoo »