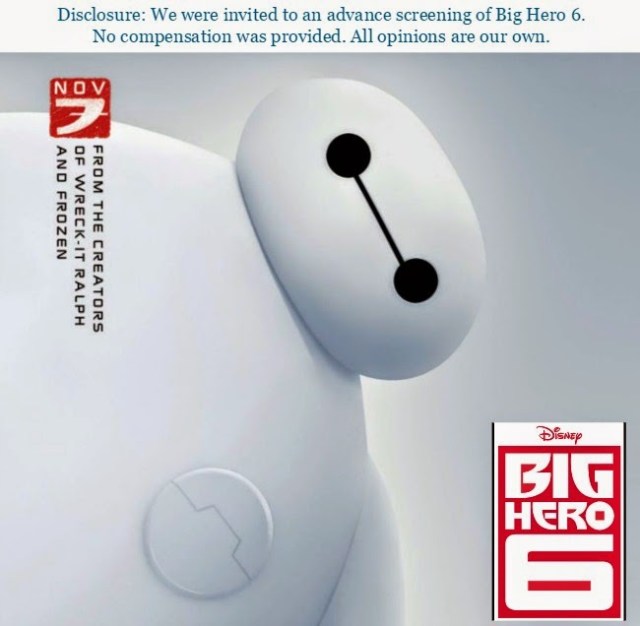 From the moment Norrin first saw the trailer for Big Hero 6, he’s been asking to go see it! And I admit, whenever Norrin asks to go see a movie in the theater, my heart fills with happiness. There was a time when going to the movies was nearly impossible. Even going to a sensory screening – Norrin couldn’t sit through an entire movie.
Last Saturday was cold and dreary and wet. I could have been content staying home under the covers. But we had tickets to an advance screening of Big Hero 6 and there was no way were going to miss it!
Before the Big Hero 6 even started, I was already in love. The animated short “Feast,” from first-time director Patrick Osborne and Walt Disney Animation Studios, “is the story of one man’s love life as seen through the eyes of his best friend and dog, Winston, and revealed bite by bite through the meals they share.” It was adorable! (And yes…maybe I cried a little bit.) So be sure you get there early so you can see Feast before Big Hero 6 begins. 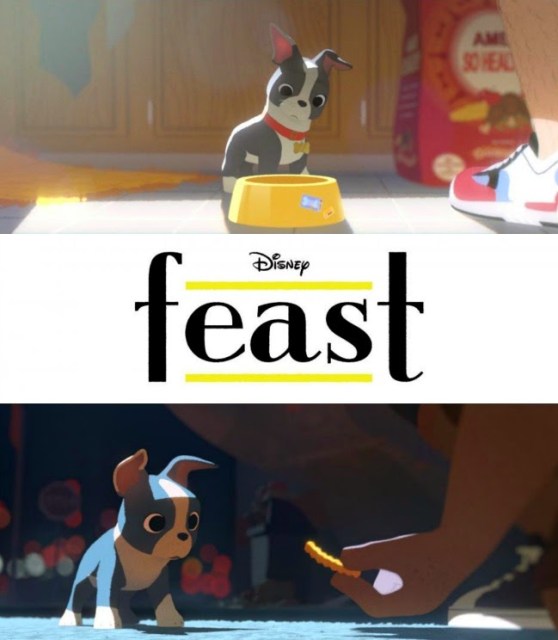 And then it was time for the main attraction…
As soon as the first scene opened Norrin was asking (a little too loudly) “Where is Baymax?” It was so cool to hear the anticipation in his voice. And when Baymax finally came on the screen – Norrin just started laughing. I spent a few minutes watching the look of joy on Norrin’s face – his eyes twinkled with excitement, his nose scrunched up with a grin from ear to ear.
Big Hero 6 is a movie the entire family can enjoy. Sometimes Joseph can be tough to please (he is not a Frozen fan like me and Norrin) and Big Hero 6 has enough action/adventure that appeals to his Marvel Superhero side. Norrin loved Baymax and was laughing out loud every time he appeared. And what I appreciated was its charm. You can’t help but fall in love with Hiro and Baymax. They are two heroes you want to cheer on.
Disney always has a poignant message within their films and the message behind Big Hero 6 is a powerful one. It’s not so much about how strong a person is, the film emphasizes being smart, thinking things through and trying a different approach to get out of a difficult situation.
Big Hero 6 opens in theaters today and we are definitely going to see it again!

From Walt Disney Animation Studios, the team behind “Frozen” and “Wreck-It Ralph,” comes “Big Hero 6,” an action-packed comedy-adventure about the special bond that develops between Baymax, a plus-sized inflatable robot, and prodigy Hiro Hamada. When a devastating event befalls the city of San Fransokyo and catapults Hiro into the midst of danger, he turns to Baymax and his close friends – adrenaline junkie Go Go Tamago, clean freak Wasabi No-Ginger, chemistry whiz Honey Lemon and fanboy Fred. Determined to uncover the mystery, Hiro transforms his friends into a band of high-tech heroes called “Big Hero 6.” Inspired by the Marvel comics of the same name, and featuring comic-book style action and all the heart and humor audiences expect from Walt Disney Animation Studios, “Big Hero 6” is directed by Don Hall (“Winnie the Pooh”) and Chris Williams (“Bolt”), and produced by Roy Conli (“Tangled”).

Disclosure: We were invited to an advance screening of Big Hero 6. No compensation was provided. All opinions are our own.
Sharing is caring...

« I Made It To Round 2 of the Disney Mom Panel Search! Will I Move On To Round 3? {#DisneyMP}
Our North Pole Adventure at Westchester’s Ridge Hill {A DreamWorks DreamPlace} »