You are here: Home / Uncategorized / The Secret To #LivingFabulosa
When I received the invite to attend an Orgullosa #LivingFabulosa event, hosted by Golden Globe Winning Actress Gina Rodriguez, Radio Personality Angie Martinez, Style Expert and TV personality Lilliana Vazquez and Entertainment Weekly Correspondent Nina Terrero – I may have jumped up and down in my chair.

[FYI: I am obsessed with Jane the Virgin. If you haven’t gotten into this TV show , I don’t know why – it’s everything! On the night it premiered, I tweeted with excitement. But you won’t catch me tweeting and watching anymore – the show has my full attention.]

The room was filled with so many familiar faces – I hugged and kissed hello so many fabulous latina bloggers before stepping into the auditorium and settling into my seat. I was ready to be inspired, motivated and even a little bit star struck. But during the panel discussion, I found myself becoming a little emotional. I may not be a Golden Globe Winning actress or TV/Radio personality but their stories still resonated with me – it was familiar. And I left believing that anyone can live fabulously regardless of who they are or how they look.
So what’s the secret to #LivingFabulosa?
Forget what people think. “Whoever said I wasn’t Latina enough can suck it.“ Selenis Leyva (Orange is the New Black). One of my favorite lines of the night. I have been told time and time again that I am not Latina enough because I don’t Spanish. Leyva, speaks Spanish but because she’s an Afro-Latina, she’s considered as not being Latina enough. (Now ain’t that some ish…) Who cares what people think a Latina should be. I self-identify as a Latina. When I look in the mirror, it’s who I see. I know that I am enough. Cultural pride and identity goes beyond speaking a language or looking a certain way. It’s about knowing who you are, being proud of your roots, and being your best possible self.
Because like Angie Martinez (radio personality) says, “The only person who can define who you are, is you.“
Be a little selfish. “It’s not a bad thing to put yourself first.” Janet Jones (Creator, The Vixen Workout). Oh these are the words I need plastered to my bathroom mirror! I need to see them every morning. I put myself last almost all of the time. And when I put myself first, I feel guilty about it.
Start from the inside. “Women need to change from the inside first.” Janet Jones. She may be the founder of the Vixen Workout but she believes you need to start from the inside first. It seems so simple too. It doesn’t matter what you look like or what you’re wearing – you need to feel good about the person you are first before you can look in the mirror and feel satisfied with your reflection.

Remember who you are and where you come from. “I am my mother’s struggle.” Diane Guerrero (Jane the Virgin & Orange is the New Black). While Guerrero didn’t elaborate on “the struggle” it’s still a statement many Latinas can identify with. Many of our mothers came to the country with a dream. They raised us to be do more, be better, work smarter. I work hard not only for myself but to make my mother and my family proud – to show them that their years of struggle and sacrifice were not in vain.

Keep at it. No matter what. “Don’t compare your journey to anyone else’s. With anything in life, you have to give it a lifetime.” Gina Rodriguez (Jane the Virgin). As 40 is creeping up on me, I’m starting to get this nagging feeling as I haven’t done enough, as if I haven’t accomplished all that I should have. There are no timetables – raising a kid with autism, I should know this by now.
And my secret to #LivingFabulosa – 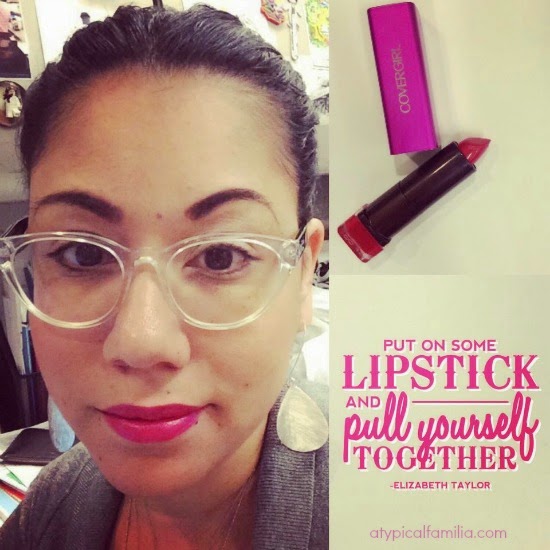 I know, I know, Elizabeth Taylor isn’t Latina. But I love this phrase because no matter how hard life gets, you just have to pull yourself together and push through it. Sometimes for me, it’s as easy as putting on a little lipstick to brighten my mood – to fake it until I make it. Other days it’s a little harder than that. So on the really hard days, I’ll remember to come back here.
In case you missed the event, check out the highlights! 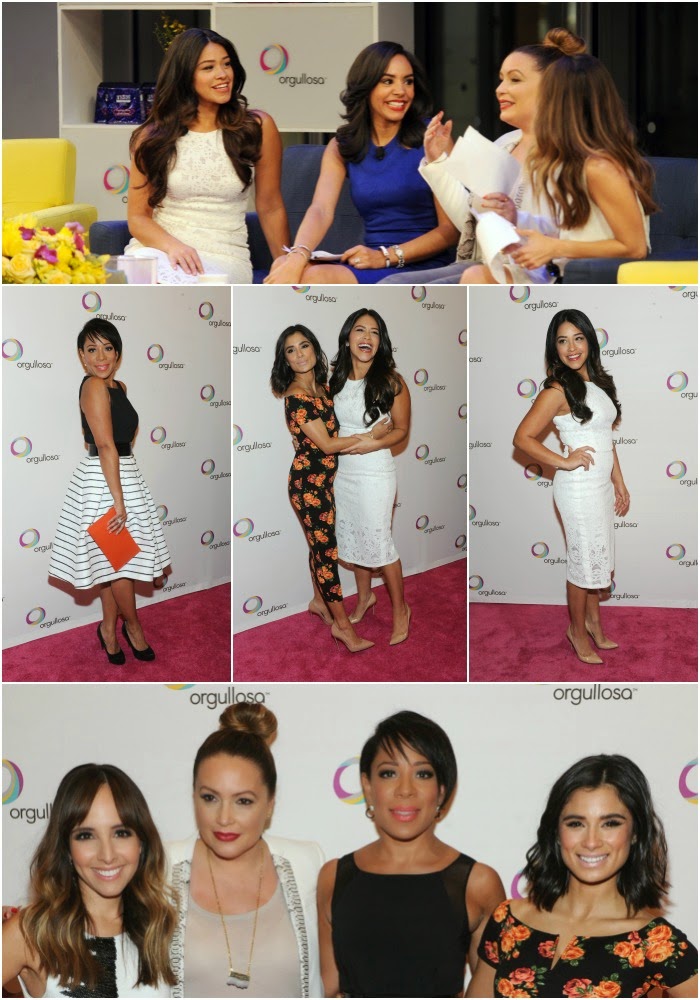 To learn more about Orgullosa’s Living Fabulosa program or to be part of the community, please visit the Orgullosa Facebook page or register at Orgullosa.com. Follow the conversation on social media with #LivingFabulosa.