You are here: Home / Uncategorized / The Bronx Mom Who Inspires Me #3Mpact 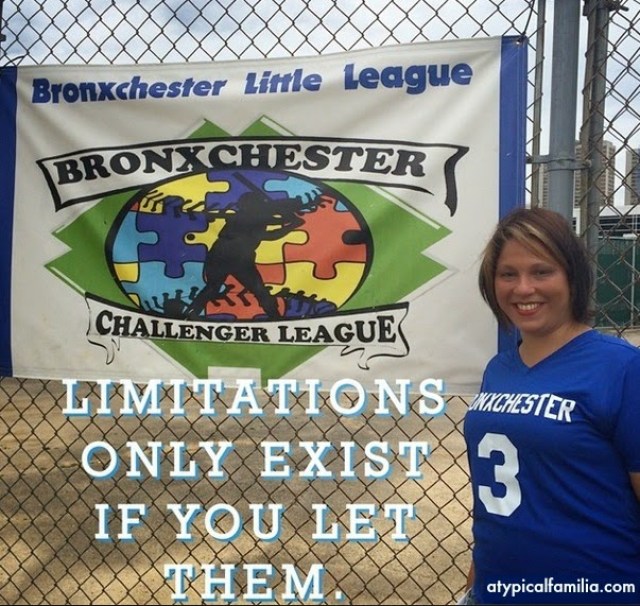 You never know the impact someone will have on your life when you first meet them. Five years ago, when I met Lizette Hernandez I had no idea that she would be the woman who would build a Bronx field of dreams.
Our boys attended the same school and we met during an open house. We were tired from work and weary from everything else. Autism was still something so new and we didn’t have much to say, even though we had so much on our minds.
We spent the next few years exchanging hellos, catching up and sharing resources. Living in The Bronx resources for kids with autism are limited and usually required extensive travel to other areas.
Two summers ago, we discovered a special needs baseball team. Baseball was part of our culture and we wanted our boys to have the opportunity to take the field like any other kid. The team was in Westchester and not the right fit.
While Joseph and I decided not to return with Norrin, Lizette took matters into her own hands. Her son, Donovin, wanted to play baseball and she was determined to make it happen. And since there wasn’t a baseball league for kids with autism in The Bronx, Lizette started one: The Bronxchester Challenger League.
In the spring of 2014, Norrin, Donovin and more than 50 other Bronx autistic kids took the field and played baseball. At the end of the season, each kid walked away with a trophy. Parents walked away with a dream fulfilled.

When your kid is diagnosed with autism, it feels like life is cut short and all hope is gone. There are things you think your kid will never have the opportunity to experience.

When I saw the Latina Mom Bloggers email seeking stories of people who inspire you through their extraordinary community work for the Positive Impact Awards nomination process – I immediately thought of Lizette and what she has done.
Five years ago, I could have never seen myself as a baseball mom. But I was there every Saturday afternoon, eagerly anticipating Norrin hitting a home run. After each game there was always a parent (myself included) thanking Lizette, hugging her, crying with gratitude and happiness.
Lizette is like so many Bronx moms hustling to make ends meet. She didn’t let money or time or work get in her way to fulfill her son’s dream. With fierce determination Lizette  raised enough money (through raffles and donations) so that parents wouldn’t have to pay out of pocket for anything – not even the uniform. Lizette saw a need and she worked to fill the void. She created a judgement free place for kids with autism to play while giving parents a reason to hope and a moment to cheer. How can anyone not be inspired by that? If Lizette can gather a group of parents to put together a baseball team – who knows what else can done for our kids.
***
The nominations for the 2015 Hispanicize Positive Impact Awards are now open. If there is someone in your community who has made a difference nominate them there –  http://hispzpia.com/2014/
Sharing is caring...