Disclosure: DriveSTI loaned us a Mazda 3 for a week. No other compensation was received. As always, opinions and thoughts are my own.

This post was written by Joseph Cheo Fontanez aka Atypical Dad 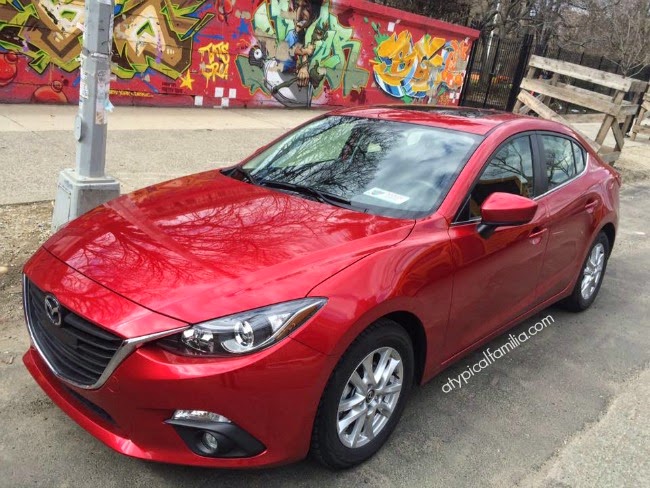 At first glance the 2015 Mazda 3 looks like a very unassuming car. Nothing could be further from the truth. For a compact four cylinder every day driver this car packs the amenities and performance that you would find in a car with a much higher MSRP. After driving it for a week I came away with a newfound respect for this Mazda.

Initially you would not think that this would be an ideal family car. You might assume that it is too small, not roomy, and not practical. Your assumptions would be wrong. I found the Mazda 3 to be not only an ideal family car, but a vehicle that exceeded expectations.

This was especially true when driving three of my more goonish coworkers on our lunch runs. By goonish I mean that at 6 feet tall I stand as the runt in my coworker lunch circle. Averaging 6’3” among them my 3 coworkers had little issue entering and exiting the Mazda 3. And I never heard a complaint about legroom. And if you know my coworkers they are never lacking in complaints.

The lumbar support in the driver and passenger side seats of the Mazda 3 also made me feel like I was driving a high-performance vehicle.

They were fully adjustable and easy to manage. And the legroom in the rear seats kept my coworkers from pelting me with insults about how cramped they were. This leads me to believe that family driving would be a breeze.

While I was driving the Mazda 3 I found that the steering was very intuitive. The ease in which I steered the vehicle in and out of traffic was a pleasure. This combined with the Mazda 3’s suspension made driving through the potholed streets of The Bronx much easier to navigate. Equipped with a set of Blizzak snow tires I was a little concerned with how it would handle now that the winter was behind us. The handling was not really an issue and I believe those snow were integral in absorbing the shock delivered when driving over potholes. As you may know this winter was not the kindest to the streets of New York City so this Mazda 3 had more than its fair share of craters to drive through. And it handled them satisfactorily while at the same time providing a ride that was both quiet and comfortable.

The amenities equipped with the Mazda three are not just your run-of-the-mill add-ons. The Mazda Connect system provides you with the controls needed to operate both your stereo and navigation with either voice command or, which was my personal favorite, with the console mounted Commander Control. The steering wheel stereo control was also easy to get used to and all worked well with the system’s Bluetooth capabilities. Navigating the stereo or a music app on a mobile device were both just as simple. The Bose Premium Sound System is comparable to any car audio sound system on the market today. The sound was both deep and crisp and was at home with both Sinatra and Wu Tang Clan.

The safety features equipped on the Mazda 3 not only made it a safer car to drive, but also provided you with a piece of mind behind the wheel. Equipped with sensors that will indicate if there is a driver in your blind spot via a warning light that pops up on your rearview mirror. It also signals you when you engage the turn signal and someone is also in your blind spot via a beep as well. This brings driver confidence to a new level. It was very liberating. With all this there is nothing entry level about the Mazda 3. 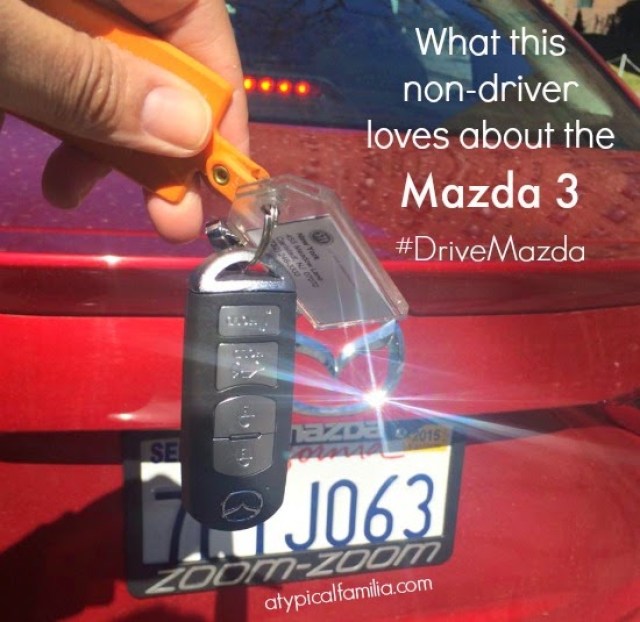