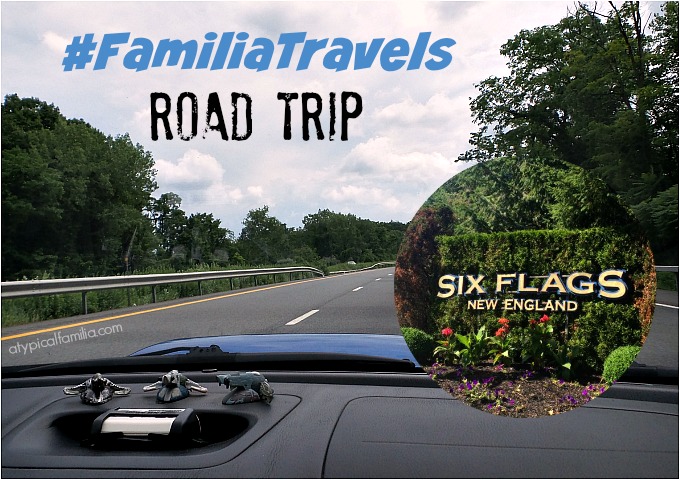 If you know me in real life, you know that I do not like last minute anything. I’m not the type to throw caution to the wind and just go. I like to plan ahead. I like to research. I like to know where I’m going and what I’m going to do once I get there.

(This is not a sponsored post. Not a single thing during the course of our 2-day getaway was comped. We paid for everything.)

But for some reason, on Thursday evening I was restless. I looked around at the piles of laundry, the dishes in the sink, the toys on the floor and felt like I needed to escape. Joseph and I spent the week trying to decide what to do for the long weekend. We were both being wishy washy. I knew that if we didn’t make plans soon, our weekend would consist of keeping it local and doing chores. And I knew that if that happened, I’d be cranky.

Earlier in the week Joseph had suggested going to Six Flags. It had been decades since Joseph and I visited the New Jersey amusement park. Except Joseph didn’t want to drive to NJ – he wanted to drive to Massachusetts. Immediately, I said no, assuming it was too far. Not like I should care about the distance…it’s not like I’m driving.

But Joseph convinced me it wasn’t that much further than the drive to Jersey. And on Thursday evening, instead of catching up on work and laundry – I started looking into Six Flags New England. Once I saw that it was both the amusement park and water park for one price. Then I started looking to see if hotel rooms were available. I found a room at Hampton Inn and without even thinking I booked it for two nights.

By the time we made all our arrangements – Norrin had fallen asleep. I quickly washed the dishes in the sink, Joseph picked up a bit and then we packed. We were on the road to Massachusetts by 10 pm and arrived at the hotel a little after midnight. It was an easy drive – no traffic and not a single toll.

Norrin loved the hotel bed so much, he asked if he could keep it! Since he slept in the car he had a hard time falling back asleep but I told him that in the morning we were going to do something fun.

I’ll be honest, I worried about the last minute plans. But the moment, Norrin tiptoed out of bed over to the window to peek out the blinds and asked, “Is it morning yet?” – I knew I made the right decision. He was excited and looking forward to the day ahead.

I liked that we had time to eat breakfast (which was free in the lobby) and make our way to the park without feeling the need to rush. That’s the benefit of staying overnight. And the park was a twenty-minute drive from Hampton Inn.

We arrived at Six Flags as soon as they opened and I was happy we purchased the tickets before we left and paid for preferred parking (both cheaper when purchased in advance). We walked around for a bit before making our way over to Hurricane Harbor.

Hurricane Harbor opened 30 minutes after Six Flags so there was a line of people waiting to enter. But it was organized and moved quickly. We grabbed some beach chairs by Commotion Ocean and Norrin was ready to jump right in. Then Joseph suggested we rent a Tiki Hut – it was less than $50 and it included 2 beach chairs, 2 bottles of water and a storage container to lock up our things. We decided to treat ourselves so that we can all spend the day together without worrying about our stuff.

Renting the Tiki Hut was the best thing we did. It was so nice to just sit back and relax without having tons of people around me. When we returned the key and “rented” sign at the end of the day, we even got $5 back.

We left the park at around 3pm to return to the hotel to shower and change for dinner. The hotel was located on a strip with many familiar chain restaurants, but we are all about supporting local business. So we ate at Cal’s Wood-Fired Grill and Bar – the calamari was amazing. Then we headed back to Six Flags for the evening. We strolled through the park, Norrin enjoyed a few rides, we played games of chance and watched the fireworks. We had such a great day that we upgraded our 1-day tickets to season passes.

The next morning, we headed back to The Bronx. For a last minute, completely unplanned trip – we had the best time.

Also nearby are the following attractions that we can’t wait to check out on the next visit:

Our Day at Six Flags New England on YouTube! 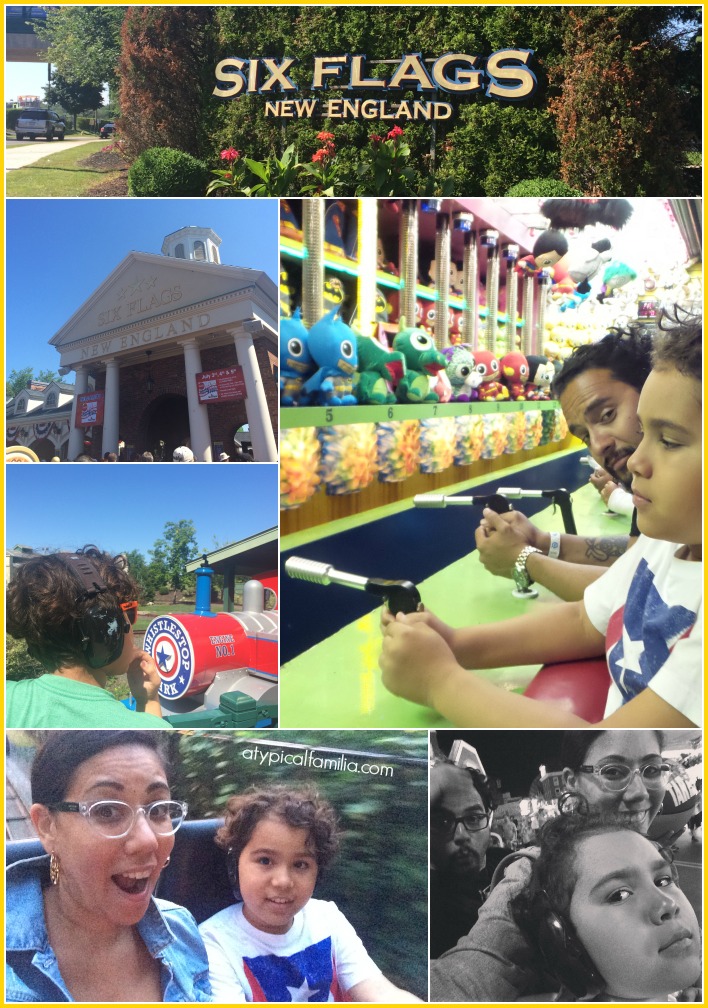