You are here: Home / Uncategorized / OMG! Max Likes a Girl [Parenthood: The Scale of Affection is Fluid] 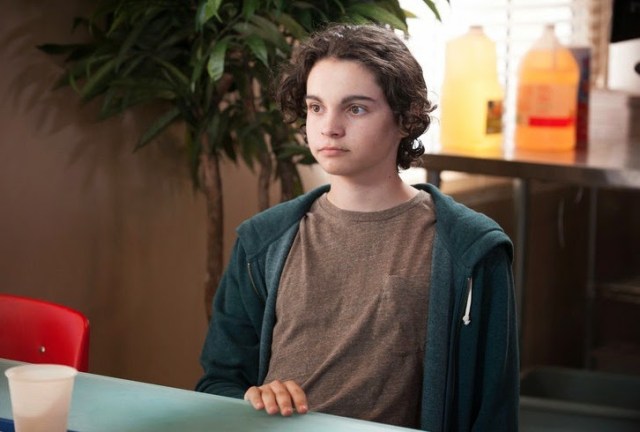 Recap of Parenthood: The Scale of Affection is Fluid {Season 6 Episode 605}
Adam and Kristina sit Max down for a conversation about relationships, since they are experts. And sometimes, in relationships, people can like each other at different levels. For instance Adam and Kristina both like each other at a 5 on a scale of 1 to 5, but when they first met, Kristina liked Adam at a 2, though he liked her at a 5. Kristina bristles when Adam agrees with Max’s deduction that the scale of affection is fluid, it can change. The conversation to temper expectation, has morphed into steam for Max’s engine of love. At lunch, Max corners Dylan to ask the quantitative representation of her feelings for him. When Dylan opts for a 2, Max figures he can work with it, since he’ll have roughly a decade to change her mind.

Max has been to the library to take out several books on how to pick up women by so-called experts. Kristina levels a withering gaze at Adam, accusing him of thwarting their plan. Dylan isn’t going to like Max the way he likes her! But Adam can’t see it. Why can’t Dylan like Max? Adam has to think it’s possible. Kristina doesn’t like it, but she comes around, joining Adam for a talk with Max on how to utilize his best qualities in the romance department.

***
I have been watching Parenthood from the very beginning. At first I had mixed feelings about it but as the characters and storyline developed, I’ve become attached. Especially to Max  – the kid with Aspergers – and his parents, Adam and Kristina. But I’ll talk about that another time…right now I just want to talk about the latest episode. 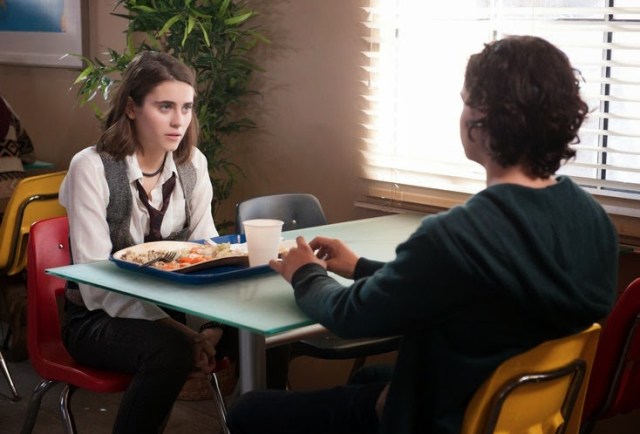 Max likes a girl! And once again Adam and Kristina are at odds on how to handle it. Kristina doesn’t believe that Dylan (Max’s love like interest) will like Max. But Adam is all like “Why not Max?” because he has to believe that someone will care for his son in that way.
As I sat on my sofa Thursday night, sipping my glass of pinot grigio, I started sobbing. I usually sob during Parenthood because I get it. I get exactly what Adam and Kristina are feeling. Well, maybe not exactly. Because Norrin is only 8 years old – he’s no where near liking girls just yet. But I wonder about the future. Will his heart flutter for someone else? And will those feeling be reciprocated. I understand Kristina’s hesitation – she doesn’t want to see her son get hurt. But I also understand Adam. And I want to have Adam’s same “Why not?” attitude. And by the end of the episode, I kind of saw Dylan showing Max a little more interest. I can’t wait to see how their story unfolds.

I love how Max continues to evolve through the natural phases of growing up. I appreciate the writers allowing his character to grow up with both honesty and dignity. Max hasn’t had the easiest time making/keeping friends – but it seems as if he is really trying. It’s sweet.

Norrin may not have Aspergers and I know that Max isn’t real but it still gives me so much hope for Norrin’s future.

Do watch Parenthood? What are your thoughts on Max’s first crush?

« Halloween at The Magic Kingdom When Your Kid Has Autism
It’s Time To Talk. HIV One Conversation at a Time »