You are here: Home / Entertainment / A Night for Love, Whimsey and Dreamers: Amelie on Broadway

Disclosure: I was provided with 2 press tickets for Amelie on Broadway. As always, opinions are my own.

I may be the only person who hasn’t seen Amelie the 2001 five-time Oscar®-nominated film. So when I walked into the Walter Kerr theatre, I really didn’t know what to expect. My best friend, Marlo, tried to explain it to me. “It’s whimsical,” she said. Marlo loves the French film and was eager to see how it would translate on stage.

I’ve been seeing the signs advertising Amelie for months and I knew it was musical I didn’t want to miss.

I’ve been fan girling over Phillipa Soo for a few years now. (No I will tell you how many times I’ve sung Helpless.) I missed her in Hamilton so I knew I couldn’t miss her in Amelie.

Side note: Remember that time I saw Hamilton…

I went into Amelie not know what to expect and I was glad. It was pure joy. Phillipa Soo is joy. Watching her, hearing her – it makes you want to smile. Her energy is is contagious. And her performance is magical. 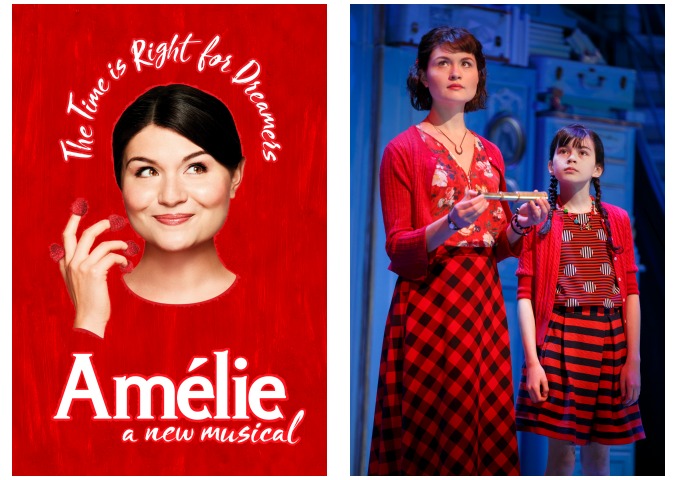 Amelie on Broadway is quirky, romantic & makes you want to run off to Paris to have your picture taken in a photo booth.

What I appreciate about Amelie is her kindness and whimsy. She’s a quiet, keep to herself kinda girl with an imagination larger than life. It’s her imagination that inspires her random acts of kindness and her dreams. She knows how critical a simple act of kindness can be. Amelie recognizes the importance of pursuing dreams even if they scare you.

I’ve been going to see Broadway musicals since I was about 9-years-old. Amelie will appeal to audiences of all ages.

About Amelie a New Musical

Tony nominee Phillipa Soo returns to Broadway in Amélie, a new musical based on the beloved five-time Oscar®-nominated film, and “an enchanting act of theatrical reinvention” (The Los Angeles Times). Amélie is an extraordinary young woman who lives quietly in the world, but loudly in her mind. She covertly improvises small, but surprising acts of kindness that bring joy to those around her. But when a chance at love comes her way, Amélie realizes that to find happiness she’ll have to risk everything and say what’s in her heart. Come be inspired by this imaginative dreamer who finds her voice, discovers the power of connection and sees possibility around every corner. In these uncertain times, Amélie is someone to believe in.

« May the 4th Be With You: Star Wars BroMail Gift Exchange
Daycation & Road Trip Essentials »