You are here: Home / Autism / Jerry Seinfeld & London McCabe: Opposite Ends of the Autism Spectrum 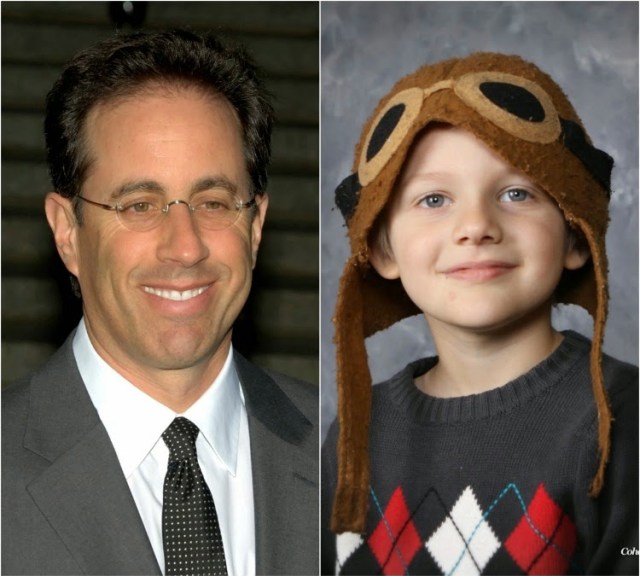 Marie Myung-Ok Lee of Salon wrote, that Jerry Seinfeld  “doesn’t build the right [autism] awareness — and might make it harder for already overwhelmed parents.” And yesterday, Peter Holley of The Washington Post reported that Seinfeld’s self-diagnosis was a “slap in the face” for some autistic parents.

Personally I don’t care so much about Seinfeld’s self-diagnosis. Though it seems as more celebrities are coming out of the autism closet. Last year, Daryl Hannah admitted that she had “battled autism since childhood” and Dan Aykroyd stated that Asperger’s helped him with Ghostbusters.

In many ways, putting an autism diagnosis to a celebrity face is helpful in breaking the stigma. BUT it highlights the highest end of the autism spectrum. Not all kids – autism or no autism – will grow up to be a Jerry, Daryl or Dan. I’m not being cruel, that’s just the reality.

And in all the Jerry Seinfeld is he or isn’t he conversation, a little boy named London has been forgotten.

Six-year old London was autistic and non-verbal. Jillian McCabe, overwhelmed by caring for her son, London, and husband has been accused of throwing London off of a bridge. Raising children – with or without autism – isn’t easy – it can be overwhelming and frustrating. There are moments of uncertainty and doubt. But it’s never, ever an excuse to kill your child.

McCabe isn’t the first mother to be accused of killing her autistic child.

Kelli Stapleton was accused of attempting to kill her severely autistic 14-year-old daughter, Issy, and herself. Stapleton has been sentenced to 10-22 years for attempted murder.

Sixteen-year-old Robert Robinson was killed by his mother before she killed herself.

Alex Spourdalakis was brutally murdered by his mother, Dorothy. In Dorothy Spourdalakis’ suicided note, she wrote: Alex will no longer be “treated like an animal” or “subjected to restraints.”

These tragedies divides an already divided community. Some will empathize with the parent, others will condemn them. And to those who do not understand autism – these acts imply that our kids do not matter, that their lives are expendable. It perpetuates the fear and hopelessness that comes with an autism diagnosis.

When mothers kill their own children due to lack of help and resources, it perpetuates the “dangerous ideology that preaches that people are better off dead than disabled,” says Ari Ne’eman, Autistic Self-Advocacy Network.

So Jerry Seinfeld says he has autism. Now what, Jerry? If you are coming out as a member of our community – take time to get to know us and put your celebrity status to use. Show up at autism fundraisers, get to know our kids, TALK TO PARENTS. (Just don’t get all Jenny McCarthy on us and we can be cool.) Help us protect and advocate for all of our children – especially kids like London, Issy, Robert and Alex.

Because if Seinfeld didn’t make an effort, that would the real slap in the face.

And we cannot continue to talk about Jerry and forget about London.

London’s family wants to honor him through kindness. “The best way you can honor [London] and not let his death be in vain, is to have purpose in your own hearts to respond in kindness, love and respect toward all those people in your own lives. Especially those with special challenges.”

So let’s all do that.