You are here: Home / Nesquik / Ready to Return to The Upside Down! Stranger Things Season 2 on Netflix

Disclosure: I am a member of the Netflix Stream Team. However, all opinions are my own.

The Upside Down, Eleven & Eggo waffles!? There’s still time to binge Stranger Things 1 before Stranger Things 2 launches Oct. 27! Tag a friend who doesn’t have @Netflix and you both could win a 3-month subscription! 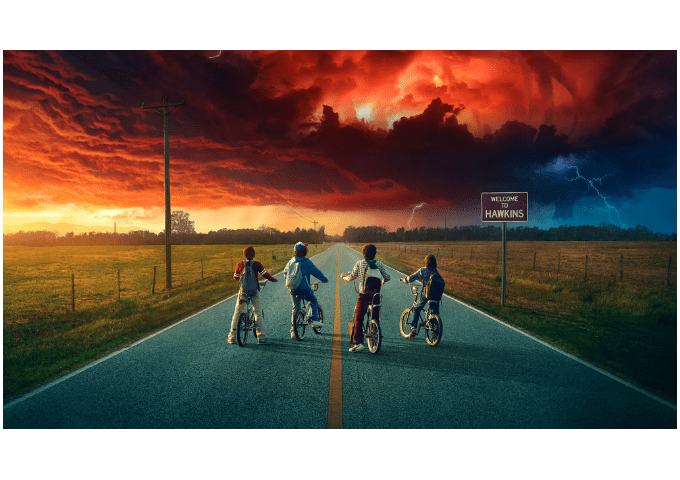 Last summer, I was home sick on the sofa when I decided to watch Stranger Things on Netflix. Within the first few minutes I was hooked. It was like all of my favorite childhood movies wrapped up into an entire series. I spent the rest of the day watching the entire season. (I’m committed like that.)

Now I’m not one for scary films and this one kind of creeped me out. The Upside Down is no joke and I may have jumped and screamed a bit. By the time I got to the last episode, I was in such awe that I watched the entire series again. (What? I was home sick. Don’t judge.)

If you haven’t watched the first season of Stranger Things – there’s still time to binge before Season 2 comes out on the 27th.

I am so excited for this second season. I can’t wait to see what my favorite Hawkins kids are up to? And this time, I’m prepared to return to The Upside Down.

Don’t have Netflix? No problem! I’m excited to host a 3 month Netflix subscription for you and your friend.

Tag a friend who doesn’t have Netflix and you both could win a 3-month subscription!

And to prepare for the return of Stranger Things – I just downloaded the game on my iPhone. 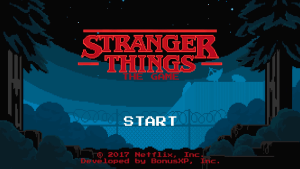 Stranger Things is like a time machine back to the 80’s. Now you can play along with this super rad, nostalgic video game app. Play as the kids from Hawkins in their quest to destroy the demogorgon! Available now on iOS and Google Play.