You are here: Home / I Have Opinions / It’s time to SPEAK UP. Silence is no longer an option.

I haven’t written anything in a while (that’s for another post). And this draft has been sitting here since July 7th. I have things long overdue, but it doesn’t feel right to write anything until I had the chance to speak up.

The truth is, I’ve struggled to find the right words.

I may share articles and tweets written by others regarding #BlackLivesMatter but I haven’t written about it since Trayvon Martin. I’ve been silent. So much has happened this month that silence is no longer an option. I’m angry. I’m scared. And I’m worried. I don’t know if I’ll ever have the right words. But it’s time for me to say something. 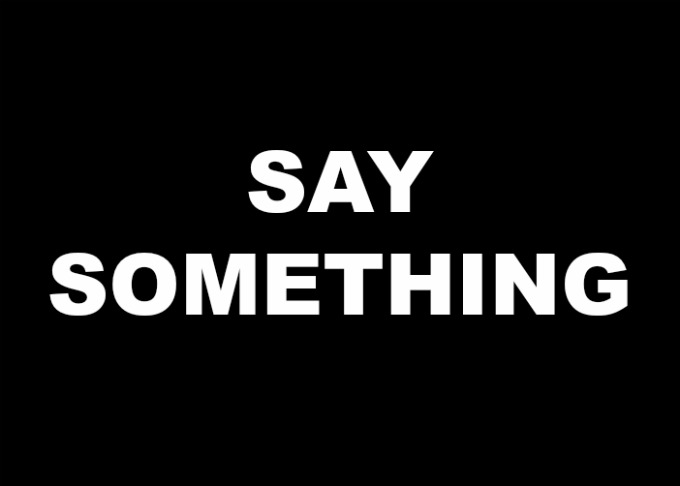 Today, even if I will get it wrong, even if my words are not enough and far from perfect, I’m breaking my silence. Because there is something that I know for sure: I can’t simply stand by while racism and injustice claim the lives of so many. –– Jeannette Kaplun, Hispana Global

I heard about the shooting of Alton Sterling while at work. CNN was playing on the elevator TV screen. (CNN is always on at our office – in every elevator, on every floor.) And my coworker said, “Oh great, another killing we’re going to watch all day long.”

Her words, her attitude infuriated me. Is this really how another black life taken by a police officer is perceived to some? As just another “unworthy” news story to click away from?

The very next day, Philando Castile was shot and killed by a police officer.

Then five police officers were killed in Dallas.

Another three police officers were killed in Baton Rouge.

And then, Charles Kinsey – a behavior therapist – was shot by a police officer while trying to protect a young autistic man. While I’m grateful Kinsey survived to tell his story, this was the shooting that struck the greatest chord with me. 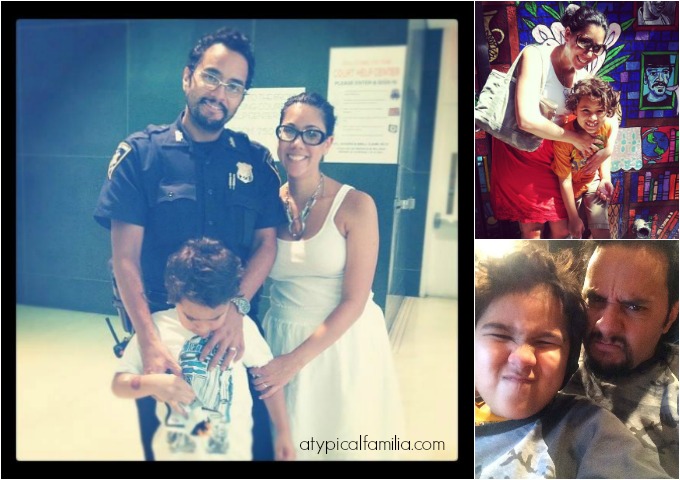 Our son, Norrin, has autism and will, most likely, always need the support of someone like Charles Kinsey.

And even though we’re not black, we sure don’t look white. We’re Puerto Rican.

Joseph grew up in the South Bronx in the 1980s. His parents worked hard and sent him to an all-boys Catholic school where he was excelled in academics and sports. But still, as a young man, he was racially profiled, stopped by the police and had a cop point a gun at him more than once.

Now, as an NYS Supreme Court Officer, Joseph carries a badge and a firearm. I’ve been in the passenger seat while he’s been carrying his weapon with our son in the backseat and we’ve been pulled over by the police several times. For a broken tail light, going through a stop sign (neither one of saw it), for speeding and for our super dark window tints.

Joseph isn’t the kind of person to flash his badge or say he’s “on the job” right away. I’m not saying our encounters were all bad. But some of the officers that stopped us were aggressive and accusatory. Only after Joseph showed his badge, did the attitude change.

When I read about the Philando Castile shooting, I couldn’t help but think about our own experiences with the police. We’ve been lucky. But the next time we’re pulled over – I’m going to make sure Joseph has his badge prominently displayed.

I couldn’t bring myself to watch the videos of Sterling or Castile but I did watch the video of Kinsey and his 23-year-old autistic patient, Arnaldo Eliud Rios Soto. I cried for hours after watching. I didn’t sleep that night.

I’m angry that another unarmed black man was shot by an officer. And angrier when I learned that the officer who shot Kinsey admitted he actually meant to shoot Arnaldo.

I cannot express how grateful I am to Charles Kinsey for protecting Arnaldo. And my heart breaks for Arnaldo and his family. Arnaldo may never be the same after that experience.

And it’s just one more thing for me to worry about as Norrin grows up.

We’ve had therapists working with Norrin since he was two-years-old. (He’s 10 now.) Living in The Bronx, I’ve had white therapists tell me they wouldn’t come to my neighborhood. Many of Norrin’s therapists have been black women and men.

Norrin will most likely need assistance for the rest of his life. He’s getting bigger and stronger. And there are times when he’s even been too strong for me to handle on my own. If you don’t know what autism “looks like,” you may see Norrin’s behaviors as strange or suspicious. I will have to rely on men like Charles Kinsey to help Norrin and keep him safe.

I am teaching Norrin that if he’s ever in trouble, he needs to “look for the helpers,” to find an officer to keep him safe.

How can an officer feel safe around my kid, if he doesn’t understand what autism is?

There is so much to this conversation:

Like I said before, I don’t know if these are the right words. But I do know that something needs to be done.

Not sure how to speak up and make your voice heard? Start here:

My friend Ruby and her husband, Marcus, of GUBLife, shared a video and a blog post filled with resources. “We need change…and it starts with us and our communities. It’s time to have the conversations, take action, and get educated!” The post shares information on how to take action, the #BlackLivesMatter movement, donation links (including donations to assist Dallas and Baton Rouge police), must read blog posts and how to talk to your children about race.

And Chris Ulmer, founder of Special Books by Special Kids, interviewed Jerry Turning of Bacon and Juice Boxes. Jerry is a police captain and an autism dad.  Jerry is also offering a free webinar on The Complete Guide To Building a Relationship With Your Police Department. (You bet I already registered!)

« Life, Animated: A Conversation with Ron Suskind
How To Experience Hamilton »