You are here: Home / Autism Parenting / I Am Not His Friend

The Day I Drew The Line Between Motherhood & Friendship

There’s been a boom in Norrin’s speech. He’s been talking up a storm and scripting – sometimes appropriately, sometimes not so much. He’s been making more of an effort to communicate with his peers. And he’s been noticing the people around him. His thing lately is asking people their name. We will need to work on this because he just can’t go around asking everyone their name.

But the other day he said something to me that made my heart melt and break at once. 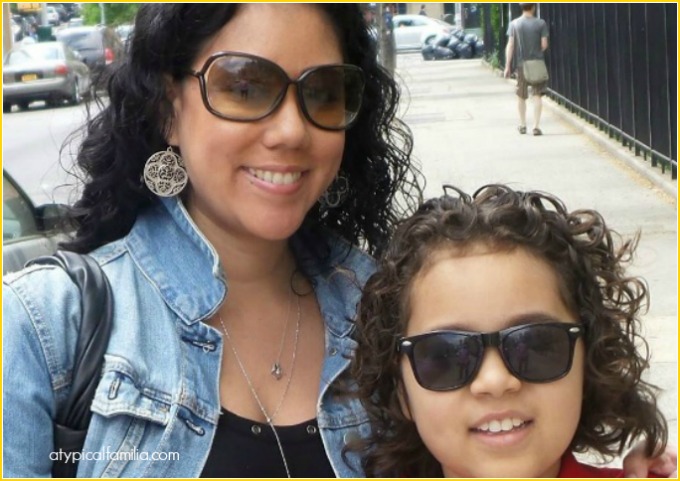 I was sitting on the sofa and Norrin came up to me, put his hands to my cheeks and said, “Mama I’m your friend.“

Norrin has so few friends. I’m not even sure if he understands what it is to be a friend. Last Saturday, he approached a little girl and asked if she wanted to run with him. Norrin is slowly, in his own way, showing me that he wants a friend.

Acknowledging me as his friend was such a big declaration. But one that I couldn’t reinforce.

I gave him a hug and said, “No, Norrin. We are not friends. You are my son. I am your mother.”

And I hated saying those words to him. As if I were rejecting his friendship. But they needed to be said. And I need Norrin to understand that I am his mother and not his friend.

I know why it’s hard for him to understand. He’s an only child and he has autism. Joseph and I do with him the things that friends do. We are always together. We play video games, go to the park, watch movies, or we just “hang out” as Norrin likes to say.

Related: Alone at the Playground

As an autism mom, I’ve been his advocate, parent, therapist, and friend. The thing is – I understand the distinction.

When I was younger, I was so envious of those mother-daughter best friend relationships – you know the ones that you’d see at the club or hanging out together. I wanted to have a cool mom like that. I see things differently now. Since becoming a mom, I’ve become so much closer to my mother. And I talk to her about a lot of things. My mother and I have a very open and honest relationship. Close as we are – we are not friends. We have very clear boundaries and I appreciate that.

I want to have those boundaries with Norrin. My role is to keep him safe, to comfort and guide him, to prepare him for the future and teach him life skills so that he may navigate the world as independently possible. This is the role of a parent, not a friend.

But I also want Norrin to trust me, to talk to me about his concerns. I want us to still be able to hang out together,  have fun and laugh. It’s a fine line to walk.I’m not the perfect mother, most days I border on average, but it’s not about perfection. I am just trying to be the best mom my son needs, not the best friend he wants.