You are here: Home / #FamiliaTravels / Atypical Dad Shares What He Loves About Driving The Kia Soul

Disclosure: DriveSTI loaned us a Kia Soul for our time in Orlando. No other compensation was received. As always, opinions and thoughts are my own.

This post was written by Joseph Cheo Fontanez aka Atypical Dad 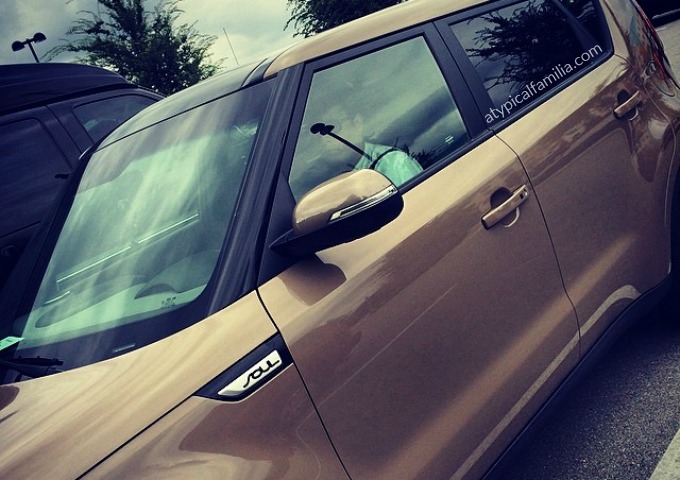 As the valet pulled up to us, upon our arrival in Orlando, in the Kia Soul, the first thing I took notice of was how much it looked like a Stormtrooper helmet on wheels. I think because we were in Florida for Star Wars weekend at Disney I may have had Star Wars on the brain.

My son, Norrin, however noticed something else. “That’s the hamster car,” he said looking like he was expecting the valet to be just that.

The fun part of driving the Kia Soul was discovering its features on the fly.

I, like many men, dismiss reading instruction manuals and reference them only in a bind. With the Soul it was one welcome surprise after another. I have to admit I was not very familiar with the Kia Soul, other than the aforementioned commercial, so its features were all a mystery to me.

Our initial drive to our hotel was made that much easier with the in dash navigation unit that was equipped on the Soul we had. It easily paired via Bluetooth with my iPhone and accessed my contacts making it easier for us to set destinations either using voice activation or manually.

The head unit in the Soul is also SiriusXM satellite compatible, and the HD radio provided a crisp clear sound. My favorite feature was being able to access and play music apps and playlists already on my cell phone using the Bluetooth audio feature. The dash mounted center speaker combined with a rear subwoofer and four door mounted speakers were excellent in being able to handle low bass exceptionally well. If it was Lana Del Rey or Wu Tang Clan the sound was phenomenal. Add to that the two tower mounted tweeters which projected clear highs which made my listening to Sinatra feel like I was in a concert hall.

I was delighted to find at night how much the mood lighting adds to the driving experience. I only discovered this feature by happenstance when I spied the lighting knob to the left of the steering column. After I did driving at night without it on was not an option.

What impressed me most was how much luxury Kia packed in a car so economical. When I activated the sunroof for the first time I had no idea that it stretched all the way to the rear seats. It was not only a surprise to me, but also to my son who was seated in the rear. It made driving under a starry night sky that much more engaging. In addition to the comfort of the plush leather seating of the Soul my boy had a hard time staying awake watching those very stars. 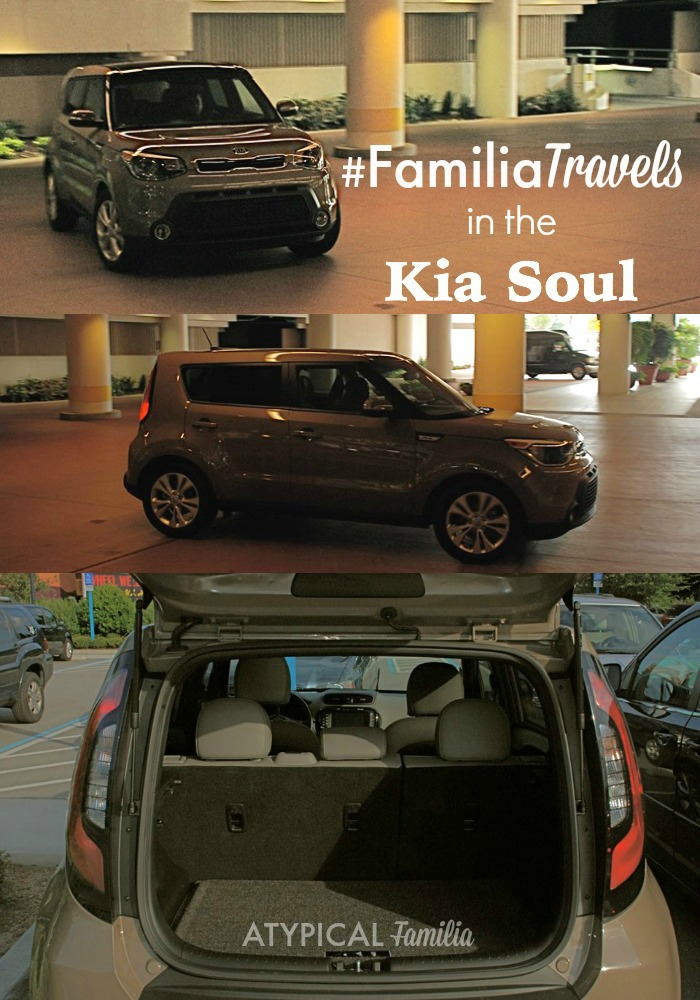 The electronic power steering was intuitive and made for a driving experience that felt more at home in a car that possesses a higher sticker price. I was also surprised at how smooth and comfortable the ride of the Soul was. At times it felt as if it was driving itself.

I have to say that the week we spent in Florida provided us with some great memories and some good times. Driving the Kia Soul added to those good times. It’s just a fun car to drive.

To read what the wife thought about the Kia Soul check out her post: Scenery Soothes the Soul.

Disclosure: DriveSTI loaned us a Kia Soul for our time in Orlando. No other compensation was received. As always, opinions and thoughts are my own.
Sharing is caring...

« Celebrate Dad with Lubriderm Men’s Line of Skin Care Products
My Summer Bucket List: 15 Things To See & Do in NYC »